Back to overview
Home Fossil Energy Shell to write down oil and gas assets value by as much as $4.5 billion

Shell to write down oil and gas assets value by as much as $4.5 billion

Oil major Shell will write down the value of oil and gas assets by $3.5 billion to $4.5 billion following a string of impairments this year as it adjusts to a weaker outlook.

According to a Reuters article, Shell said in an update ahead of its fourth-quarter results – set to be announced on 4 February – that the post-tax charge was due in part to impairments on its Appomattox field in the U.S. Gulf of Mexico, the closure of refineries, and liquefied natural gas (LNG) contracts.

It is worth noting that some of Shell’s charges involved in its restructuring would be recognized during 2021.

In October, Shell – considered the world’s biggest LNG trader – wrote down the value of its LNG portfolio by just under $1 billion, focusing on its flagship Prelude project in Australia.

That followed a $16.8 billion writedown in the second quarter which also included Prelude and a sharp cut in its price outlook.

In its update, the Anglo-Dutch company also said it expected oil and gas production in its upstream division to be around 2.275 to 2.350 million barrels of oil equivalent per day, slightly higher than in the third quarter.

Production was impacted by the closure of platforms in the Gulf of Mexico due to hurricanes as well as mild weather in Northern Europe.

It is worth reminding that Shell CEO Ben van Beurden will unveil the company’s long-term strategy to sharply reduce its greenhouse gas emissions and expand its low-carbon energy and power businesses on 11 February.

Dorine Bosman, Shell’s vice-president for offshore wind, is also due to leave the company. 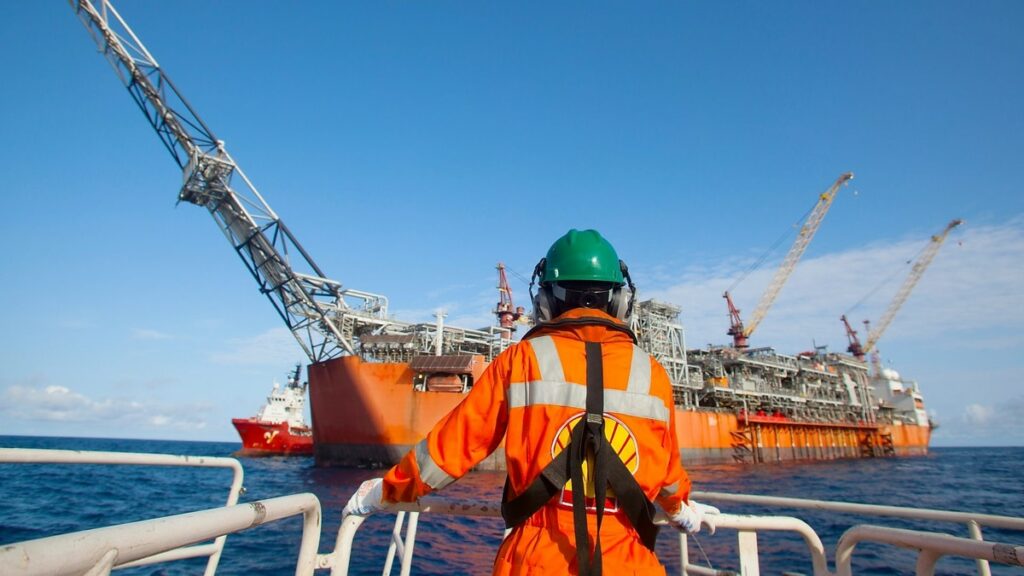