The shipping industry is ‘partially on track’ with regard to the progress in technology and supply of scalable zero-emission fuels (SZEF) to achieve the target of a 5 percent share of international shipping fuels by 2030, according to a new joint report produced by UMAS and UN Climate Change High Level Champions.

The findings show significant progress, especially in terms of commitments by industry, national governments, and positive developments at the International Maritime Organization (IMO).

Currently, there are at least 203 shipping decarbonization pilot and demonstration projects in the pipeline. Internationally, progress has been observed regarding bunkering and safety guideline developments. However, the crucial next step is moving from pilots to the production of zero-emission fuels, investments, and infrastructure development.

It is estimated that the total additional capital needed for shipping’s decarbonization is $ 1-1.4 trillion, with over 80% of this figure upstream (e.g., associated with infrastructure investment).

Based on UMAS analysis, it is expected that the industry will have to commit to investing around $40 billion annually by 2030 for bunkering and production of zero-emission fuels, and the report points to the need for greater clarity on funding commitments for SZEF production infrastructure.

Furthermore, current orders for SZEF-ready ships should increase further, whilst a genuine zero carbon freight market is expected to emerge.

On policy, the authors, Katharine Palmer, Shipping Lead for the UN High Level Climate Champions team, and Domagoj Baresic, Consultant at UMAS, said that it is vital that positive policy signals, such as consensus on pricing GHG emissions, translate into firm agreements at the IMO in 2023, with the coming year offering an important window of opportunity before the revision of the IMO’s Greenhouse Gas Strategy.

“To achieve the 2030 Breakthrough goal we need near-term project level action describing tangible, collective action required. This report acts as an honest stocktake of progress which needs to continue to be monitored and tracked. In the run-up to COP27, this is an important milestone to signal a true shift to delivery to convert these commitments and pledges to actions and solutions,” Palmer said.

“In order for the shipping industry to decarbonize, multiple actions which can increase production and adoption of scalable zero-emission fuels in the industry are required now. This report provides evidence for the significant progress which has been made to decarbonize shipping, yet at the same time shows that further significant action is required. The evidence presented shows now is the time to take the necessary actions to ensure that by 2030 the industry is committed to a decarbonization trajectory,” Baresic added.

Partial progress was noted in the financing of the production of zero-emission fuels, with growing commitments in ship finance such as the ‘Poseidon Principles,’ with 28 current signatories accounting for over 50% of shipping debt finance.

Other commitments such as the ‘Clydebank Declaration’ raise the potential for future private funding, especially in terms of green corridors. However, limited progress has been observed in terms of infrastructure funding commitments and the creation of financial mechanisms desirable for the adoption of scalable zero-emission fuels such as contracts for difference, the report further noted.

Overall, there has been significant progress in commitments which are starting to be converted into action through the creation of standards, improvements in transparency and cross-value chain collaborations coming together to test and pilot demonstrations.

The authors believe that there is hope that this puts the industry on track to meet enabling actions by the middle of this decade setting the course towards the 5% breakthrough goal by 2030.

The first-of-its-kind “Climate Action in Shipping Report – Progress towards Shipping’s 2030 Breakthrough,” was launched on 21 September during New York Climate Week, prior to the Global Maritime Forum Annual Summit, and in parallel with the Clean Energy Ministerial Global Clean Energy Forum. It was supported by the Getting to Zero Coalition, Lloyd’s Register, and the Mission Possible Partnership. 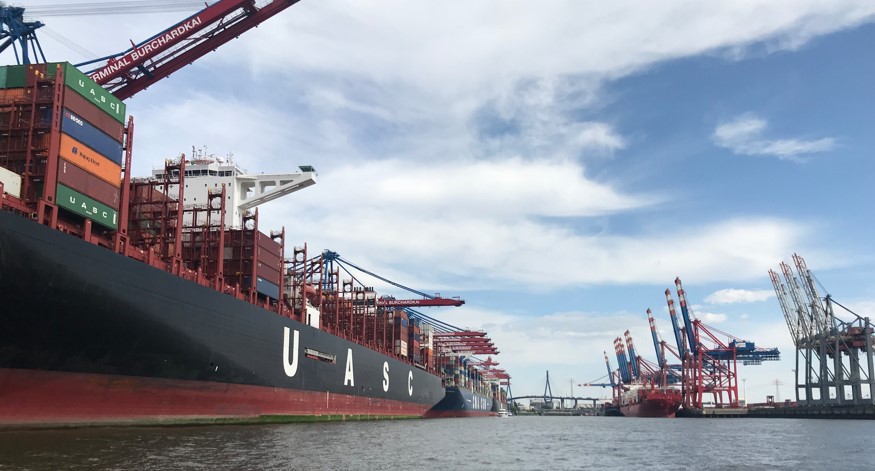