The Netherlands-based foundation manufacturer Sif Group is in exclusive negotiations for two new projects in the offshore wind sector.

The company left the project names and other details undisclosed, however, it said one of them is in Europe, more specifically in the North Sea.

For the European project, Sif would produce 70 Kton of structures, while for the offshore wind farm in a non-specified region the company would deliver 130 Kton in offshore wind structures.

This is according to Sif’s financial results for the first half of 2020, where the company also reported it won a contract to provide logistical services for final assembly of five floating offshore wind units.

“Many countries have adjusted their offshore wind ambitions upwards and tender activity is correspondingly high. We expect the trend of European projects for the period 2021-2027 moving from drawing board to tendering and from tendering to manufacturing to manifest in the second half of 2020”, said Sif’s CEO Fred van Beers.

“The exclusive position for a 70 Kton European Offshore Wind project that we announce today and that brings our orderbook for 2021 and beyond at 300 Kton, underpins this expectation”.

In the first six months of the year, the foundation supplier started the production for the Japanese Akita-Noshiro project, and won a contract with Siemens Gamesa for marshalling activities for the Dutch Hollandse Kust Zuid (HKZ) 1-4 project.

The company’s first-half results also show that 92 per cent of Sif’s production was for the offshore wind sector, while 8 per cent was produced for oil & gas. Last year, this stood at 96 per cent and 4 per cent in favour of offshore wind.

“In the first half of 2020, we mainly focused on the completion of the Borssele 1-5 and Triton Knoll Projects as well as the start-up and manufacture of the Akita Noshiro and Saint Nazaire projects, two projects that filled part of the gap that arose due to the disappearance from our orderbook of Vineyard in the United States and a number of smaller projects that were shelved as a result of COVID19”, said Fred van Beers. 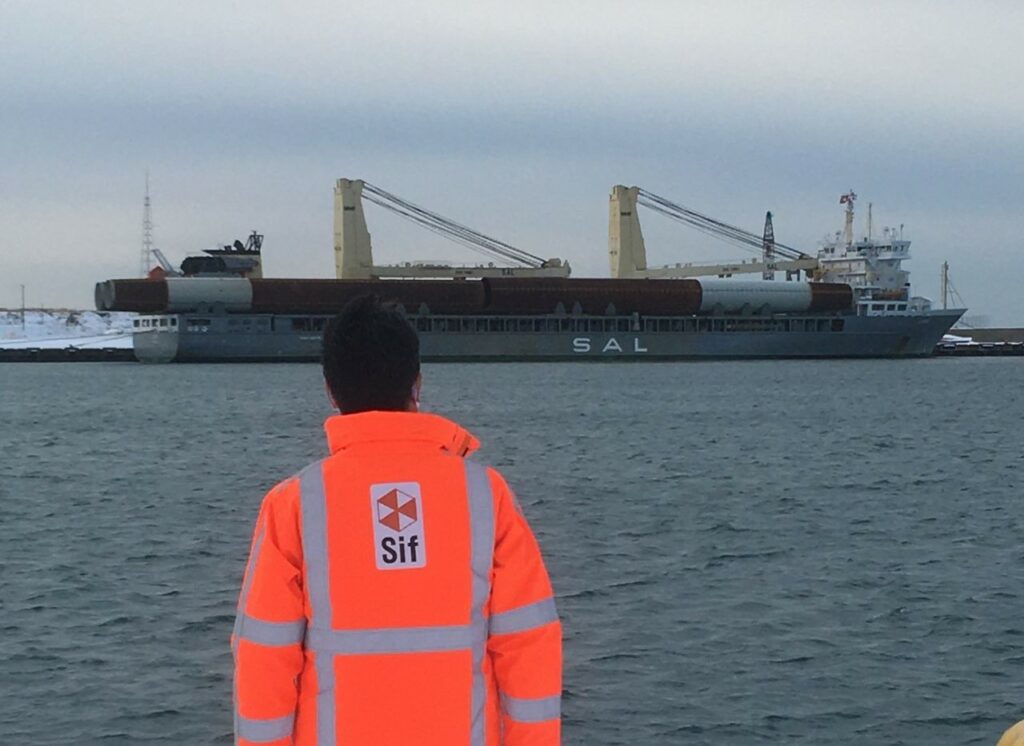