London-based firm Silverstream Technologies is in the final stages of securing deals to supply an additional 15 ships with its micro-bubbles system that cuts fuel consumption.

The Silverstream® System, a type of Air Lubrication System (ALS), pumps tiny bubbles through vents on the hull to reduce friction between the vessel and the water, helping it glide through the ocean.

The technology can reduce fuel consumption by 5-12%, which in turn cuts running costs, according to its developer.

The identity of the companies interested in the technology was not revealed, however, it has been stated that the shipowners in question are from Europe and Asia.

The said deals are expected to double Silverstream’s overall turnover with an increased number of installations.

Details on the new deals are expected to be released soon.

The information was released last week by the UK Department for International Trade (DIT), while announcing its involvement in supporting Silverstream’s £1 million ($1.24 million) deal with Carnival Cruises.

The US cruise line giant plans to cut fuel consumption by using ‘ a carpet of micro-bubbles ‘ onboard Diamond Princess, a retrofit contract which was announced back in 2018.

“Shipping is one of the ‘hard to decarbonise’ global industries so we have spent the last few years independently testing our system to support our claims. We want to become a standard on newbuild vessels in the industry and to be the ‘new normal’ for sustainable shipping,” Silverstream Technologies Founder & CEO, Noah Silberschmidt, said.

“Our trade advisor from the Department for International Trade has been instrumental in our recent success with this deal, as they know precisely the type of information that a business needs to tap into these key markets and reach these big companies.”

The company revealed that it has been operating at full capacity in line with government guidelines throughout the Coronavirus pandemic.

“Silverstream Technologies shows that innovative solutions are being found to help the maritime sector reach its net zero carbon emissions challenge – and then be exported around the world,” Chair of Maritime UK, Harry Theochari, added.

“The UK maritime sector has committed to Net Zero by 2050 and it is vital that green, balanced growth, is placed at the heart of our recovery from Coronavirus.”

Under the framework agreement with Shell, Silverstream has been hired to design, engineer, and execute its air bubble technology on an undisclosed number of LNG carriers.

The retrofit arrangement comes in the wake of long-term cooperation between the duo on developing and testing the technology as the adoption of air lubrication solutions gains momentum in the LNG sector.

The first LNG carrier to be installed with an air lubrication system was delivered in late 2019 by Daewoo Shipbuilding and Marine Engineering (DSME), which also developed the technology. The technology promises fuel consumption cuts of around 5 %. 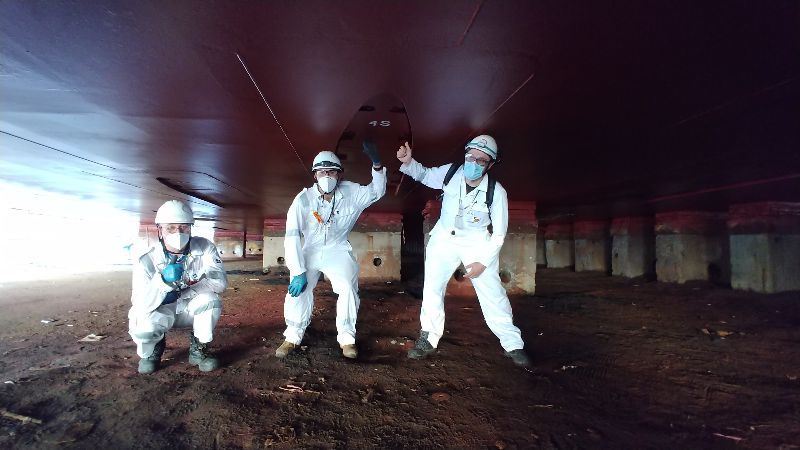