Italian natural gas transmission system operator Snam inked the deal with its compatriot regional utility, Iren, to acquire a 49.07 percent stake in the OLT Offshore LNG Toscana terminal off the Italian coast between Livorno and Pisa.

The agreement provides for an assessment of approximately €400 million ($439.4 million) for the quota, as at December 31, 2017, which also includes a shareholder loan granted by Iren in favor of OLT.

This assessment is subject to upward and downward price adjustments, agreed between the parties, also in relation to the reimbursements of the aforementioned loan carried out by OLT after December 31, 2017.

Snam said in its statement that the net amount at the closing of the transaction, reflecting a different timing compared to the previous transaction between Uniper and First State Investments, will amount to approximately €345 million ($378.9 million).

The consideration will be paid by Snam with its own funds.

Commenting on the deal, Snam CEO Marco Alverà said, “this acquisition is in line with our growth strategy in infrastructure for liquefied natural gas, a sector that is fundamental to enabling energy transition and promoting sustainable mobility, as global demand is destined to double between now and 2035, reaching 600 million of tons per year. Between September 2018 and August 2019 alone, Italian LNG demand grew by 70 percent and global demand by 15 percent.”

With a maximum annual regasification capacity of 3.75 billion cubic meters, OLT is the second-largest liquefied natural gas (LNG) terminal in Italy. Operating on a regulated regime, with a RAB (Regulatory Asset Base) of approximately €760 million as of December 31, 2018, OLT achieved €112 million in revenues in 2018.

The OLT terminal can be expanded further by offering loading and unloading services for small LNG carriers, improving the uptake of liquefied natural gas as a fuel for sustainable maritime and road transport.

The closing of the transaction is subject to prior approval by the competent authorities. After the acquisition is completed, OLT will be jointly controlled by Snam and First State Investments, with a 49.07 percent and 48.24 percent stakes, respectively, and Golar LNG with a 2.69 percent stake. 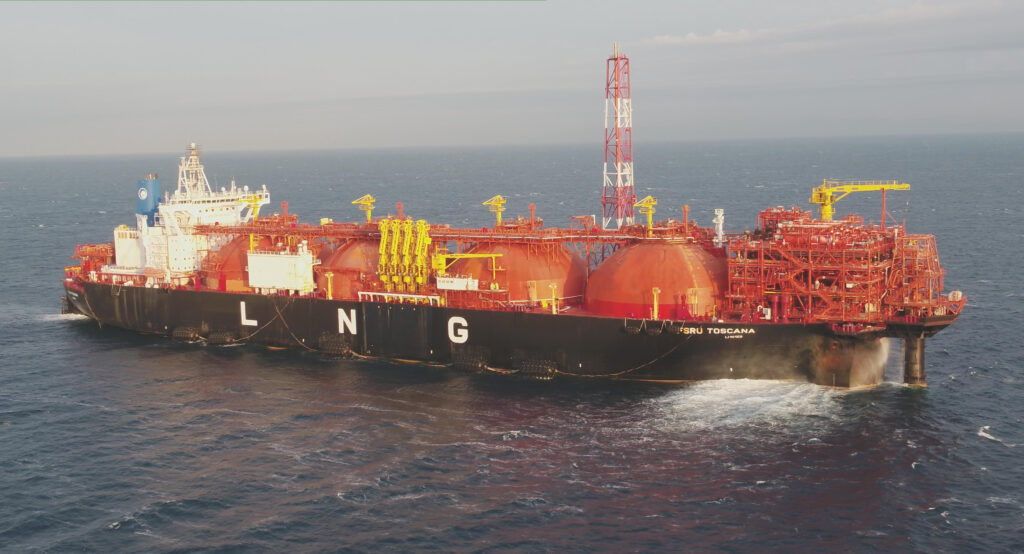 OLT to test small-scale services interest
Posted: 15 days ago
Snam inks hydrogen MoU with Mubadala
Posted: 28 days ago
Unimore and Snam to promote research on hydrogen
Posted: about 1 month ago