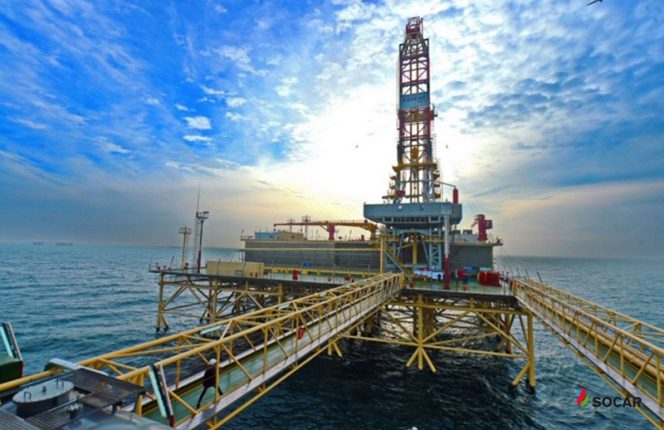 Azerbaijan’s national oil company SOCAR has evacuated 500 offshore workers in the Caspian Sea, citing severe weather conditions as the reason behind it.

“On September 21-22, due to the severe deterioration of weather conditions, SOCAR significantly enhanced its security measures,” the company said over the weekend.

More than 500 oil workers were evacuated by air and maritime transport, and work was stopped in the open.

According to Trend.az, an Azeri business news website, BP did continue normal operations at its Azeri-Chirag-Gunashli offshore project, despite the weather conditions.

Contract of the century

Azerbaijan last week, September 20, marked Oil Workers’ Day and the 25th anniversary of the signing of the “Contract of the Century,” which was the signing of the Azeri-Chirag-Gunashli (ACG) production sharing agreement, signed on 20 September 1994 between the Government of Azerbaijan and eleven international companies representing six countries.

SOCAR President Rovnag Abdullayev said: “Today we celebrate the 25th anniversary of the PSA on the Azeri, Chirag and Deepwater Gunashli fields, known as the “Contract of the Century”. This contract has played a unique role in the history of independent Azerbaijan. Although shorter than a moment from historical perspective, these 25 years passed in the atmosphere of strenuous day-to-day work. Looking back at this track of success and the magnificence of the projects we’ve accomplished, we’re filled with a sense of pride.

“In the last 25 years, the annual oil production has grown fourfold in our country, recovering all branches of economy. Some essential technologies and innovative solutions were applied in the Azerbaijani sector of the Caspian Sea, in order to develop the deepwater fields. Around $265 billion were invested in total in the economy of Azerbaijan during these years, whilst the amount of investment in the oil and gas industry totaled $101 billion with around $36 billion invested by the ACG partners alone in the development of these fields.”

From the start of production in November 1997 till the end of 2Q 2019, ACG produced about 488 million tonnes (more than 3.6 billion barrels) of oil. Around 3.3 billion barrels of ACG oil have been exported to world markets via the Baku-Tbilisi-Ceyhan pipeline.  Since 2006, 4,300 tankers loaded with ACG oil have been lifted from the Ceyhan terminal. More than 44 billion cubic meters of associated gas were delivered to Azerbaijan since the start of production till the end of 2Q 2019. Capital expenditure in the ACG project by the end of 2Q 2019 was $36 billion.

Gary Jones, BP’s Regional President for Azerbaijan, Georgia and Turkey, said: “The 25th anniversary marks an important milestone in the new history of Azerbaijan’s oil and gas industry. It is a historical date for SOCAR, BP and all other partners in the ACG contract.

“What has been achieved by this contract since 1994 is extraordinary. It is with this contract that the massive developments, turning Azerbaijan once again into one of the world’s major energy suppliers and transforming the country’s economy, started. One reason for this success is the extraordinary partnership built here within ACG. And for that we want to pay tribute to President Aliyev, his government and SOCAR. Together we have demonstrated what partnership can deliver.”

SOCAR in talks with INPEX
Posted: over 5 years ago
DW: Future of Azeri hydrocarbons ‘likely to hinge on gas’
Posted: over 3 years ago
BP and partners sanction Caspian Sea project worth $6 billion
Posted: about 1 year ago
Advertisement