SOHAR Port and Freezone is about to start offering LNG ship-to-ship services as measures are being taken to begin issuing licenses to STS service providers equipped to handle LNG, the port announced at the 2014 Singapore International Bunkering Conference (SIBCON).

Fendercare and SPT will be offered the opportunity to provide this pioneering service after requesting permission to begin operations. SOHAR Executive Commercial Manager Edwin Lammers revealed there are also plans to establish LNG bunkering facilities in SOHAR in years to come.

Mr. Lammers explained that all of the necessary licensing structures are in place to be able to start LNG ship-to-ship services in SOHAR

“This will be the first phase of our project, and we will move quickly in issuing the new licenses and getting things up and running. The second phase will involve installing LNG bunkering services for vessels calling at SOHAR Port,” he continued.

The news comes just a few months ahead of the International Maritime Organisation’s deadline for cargo ships passing through so-called ‘Emissions Control Areas’ to drastically reduce the level of sulphur oxide in fuel supplies to just 0.1%. This has prompted an almost immediate worldwide investigation into potential LNG fuelling options.

“Many of the world’s biggest shipping lines are looking to bypass costly upgrades in favour of moving directly to LNG. We’ve anticipated this trend and expect the industry to develop fast,” said Lammers.

In addition to global shipping lines, a new European Union regulatory framework will make it a requirement for member states to build LNG infrastructure across core Trans-European Networks for Transport by 2025, ideally every 400 kilometres.

And Europe is not alone, according to Mr. Lammers: “A recent LNG bunkering survey published by Lloyd’s Register reported that of the 4 ports in North America, 15 in Europe, and 3 in Asia that took part in the survey, more than half have LNG plans in the pipeline, and more than half also said they are working alongside other ports to develop those plans.” 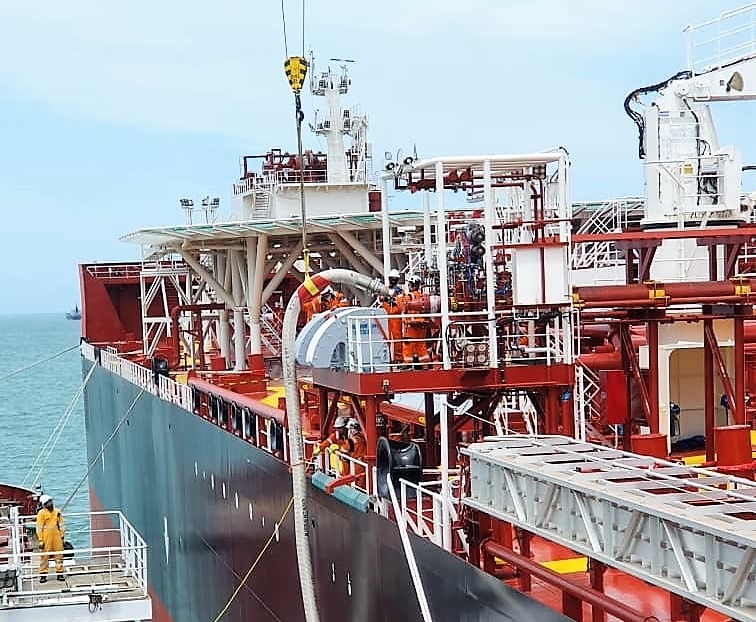