Russia’s largest shipping company Sovcomflot (SCF) has presented the technology of its LNG-powered tankers of the ‘Green Funnel’ series to the International Maritime Organization (IMO).

The SCF management and secretary-general of the IMO Kitack Lim held a meeting on 12 October in London.

Sovcomflot informed IMO about its work in the sphere of emission reduction. This is in line with IMO’s ambition to decarbonise maritime transport and achieve zero emissions by 2050.

The company particularly highlighted three years of its experience in operating LNG-powered tankers of the ‘Green Funnel‘ Aframax series.

During the meeting, they presented a model of Gagarin Prospect tanker, the world’s first LNG-fuelled Aframax.

Additionally, the model will serve as a successful example of the implementation of engineering solutions in the maritime industry. It will be installed at the IMO headquarters.

“The use of LNG as a marine fuel is the most optimal engineering solution in the short and medium-term in compliance with the current international standards for reducing air emissions during ship operation…SCF is constantly exploring the possibilities of using alternative fuels and technologies to reduce the carbon footprint in the marine areas of its presence,” the company said in a statement to IMO. 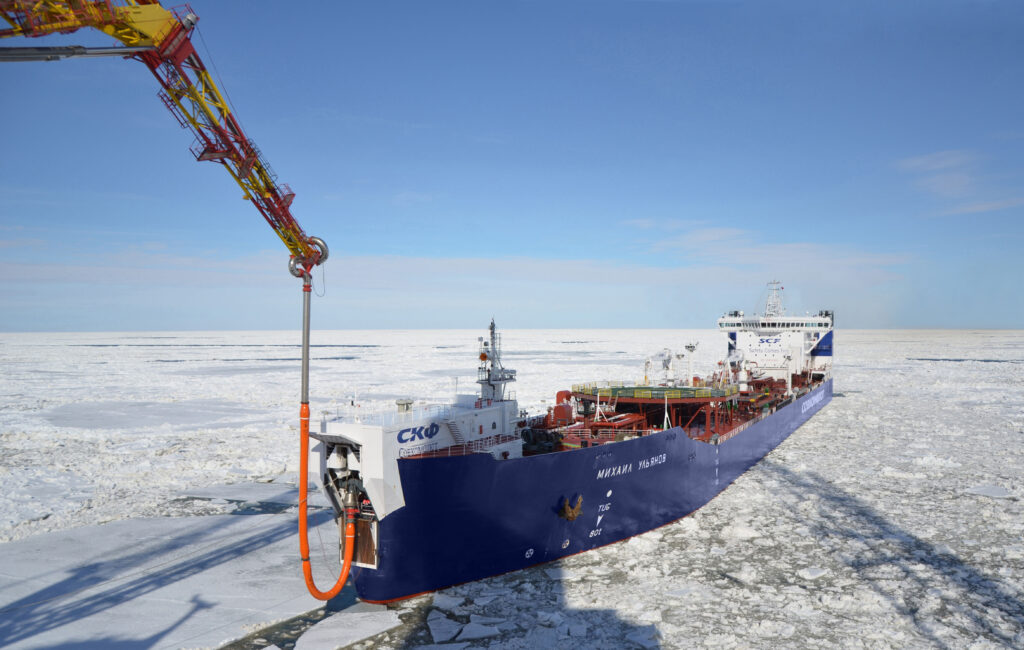