As the LNG industry is looking at a new era in LNG distribution, Gas Natural Fenosa and Connect LNG have made the first ever floating LNG ship-to-shore system a reality.

During the sea launch of the first full-scale Universal Transfer System (UTS) on October 7, the duo carried out a complete operation including transfer of LNG from Skangas’ LNG carrier Coral Energy to the onshore LNG terminal at Herøya, Norway.

As informed, the time from finalization of the detailed design to successful hook-up of the terminal took less than six months. The solution was installed at the Herøya terminal one day after arriving from the dockyard and was in full operation the day after.

According to the two companies, the design and fabrication of the UTS involved the highest safety standards, and the complete system has undergone an extensive classification process by DNV GL.

The system is said to be a game-changing floating solution for LNG transfer between ship and shore that replaces the need for harbor and jetty structures. The solution allows for rapid expansion of the value chain and transfer of LNG at locations where it was previously not possible due to environmental and economic constraints. The UTS is a plug & play solution which requires no modifications to the LNG carrier, the two parties noted.

The aim is to enable rapid expansion of the LNG value chain to allow end users to access cheaper and cleaner energy, Gas Natural Fenosa and Connect LNG stressed, adding that the UTS is the direct link that will enable meeting the rapidly escalating natural gas demand for power generation in emerging markets. 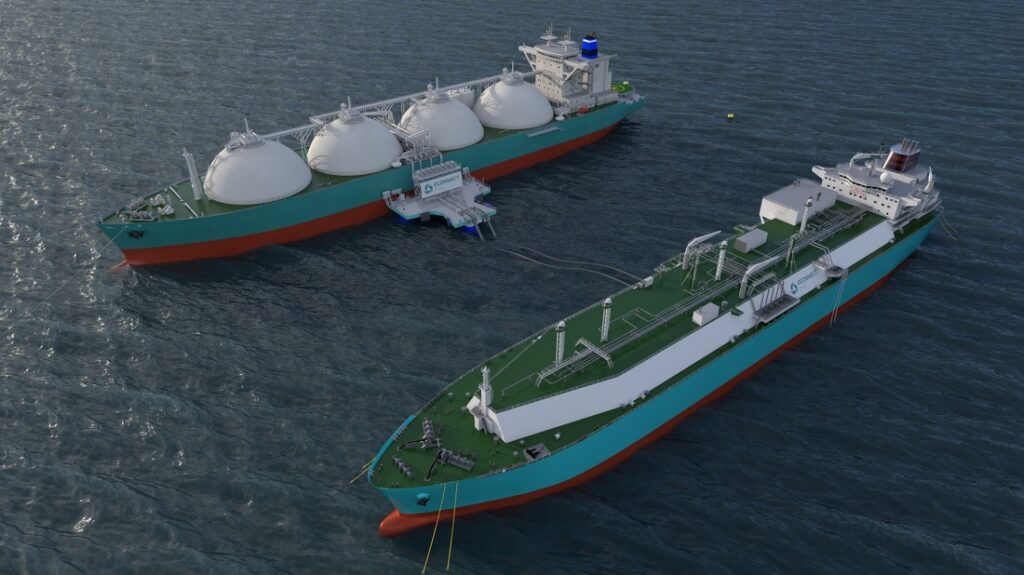