In today’s spotted we bring you Ziltborg and Zaanborg, the third and the fourth of seven general cargo vessels acquired by Dutch shipowner and operator Royal Wagenborg earlier this year, which are currently undergoing a paint job at Royal Niestern Sander shipyard in the Netherlands.

Previously known as M/V Vechtdiep and M/V Vliediep, the ships are equipped with ice class 1A and two box-shaped holds of 39 and 42.8 meters and can carry cargos such as forest products, breakbulk and bulk.

All of the seven vessels were purchased from Dutch shipping company Feederlines.

Zijlborg, the first ship, was handed over to Royal Wagenborg in October, while Leuveborg, the second vessel from the batch, joined its new owner a month later.

In the coming months, Lingediep, Loodiep and Loenerdiep will also be obtained and given a “borg” name, according to the company. 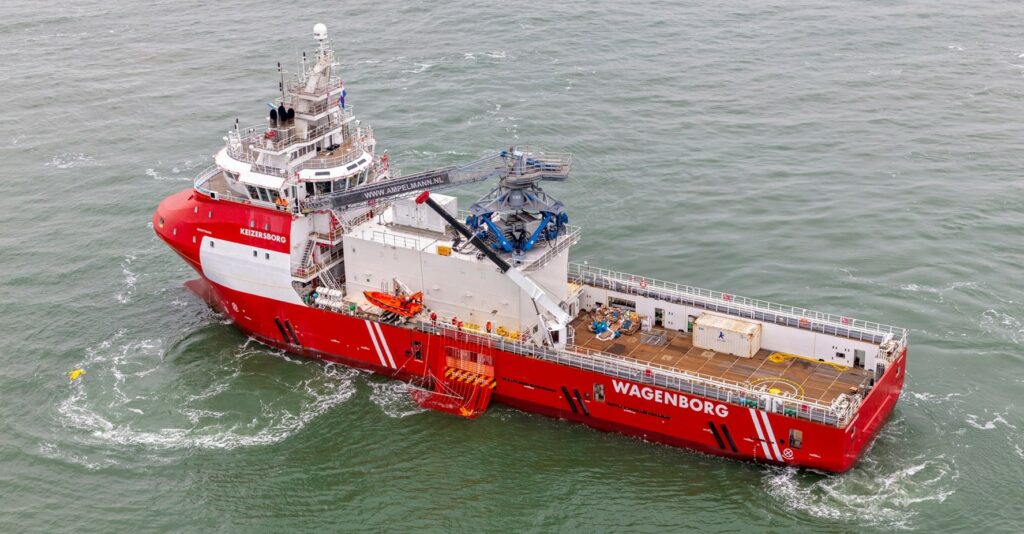