Cyprus-based and Oslo-listed S.D. Standard ETC has acquired an interest in the Norway-based Dolphin Drilling, a harsh environment drilling operator for the offshore oil and gas industry, for $10 million through an equity issue.

Standard ETC said on Friday it had acquired 25 per cent of Dolphin Drilling through an equity issue for a cash consideration of $10 million with warrants to invest an additional $5 million, bringing the total ownership up to 32.5 per cent. Dolphin Drilling has no interest-bearing debt.

Earlier this year, Standard ETC changed its name from S.D. Standard Drilling to reflect the new investment strategy within energy, transportation, and commodities.

Martin Nes, Chairman of the Board of Directors of Standard ETC, commented: “We’re pleased to announce our investment in Dolphin Drilling, a company with deep industrial roots dating back to 1965 as one of the first drilling companies to operate in the North Sea. Today, the company owns and operates three energy-efficient moored semi-submersible rigs and employs approximately 350 people. The current market provides opportunities for debt-free drilling contractors with ready to drill assets, and we look forward to work with the Dolphin team to realize the potential of the current fleet and future rig management operations.”

Following the acquisition of the interest in Dolphin Drilling, Øystein Stray Spetalen and Martin Nes will join the rig owner’s board of directors, with Nes proposed as chairman.

At the end of March 2022, Standard ETC held cash and marketable securities of approximately $80 million. In addition, the company owns a fleet of seven platform supply vessels (PSV) of which two fully-owned large-sized PSVs with 1050 M2 clear deck area. Standard Viking operates on a day rate of GBP 11,000 until January 2023, while the Standard Supplier currently operates on day rate of Euro 15,000. The company also holds 28 per cent of five mid-sized PSVs. Presently, spot rates are between GBP 15-20,000 for PSVs.

It is worth mentioning that this is not Standard ETC’s only investment in an offshore drilling contractor. The company in March 2021 secured a 1 per cent interest in the U.S.-based Noble Corporation, which is currently in the process of merging with Maersk Drilling. 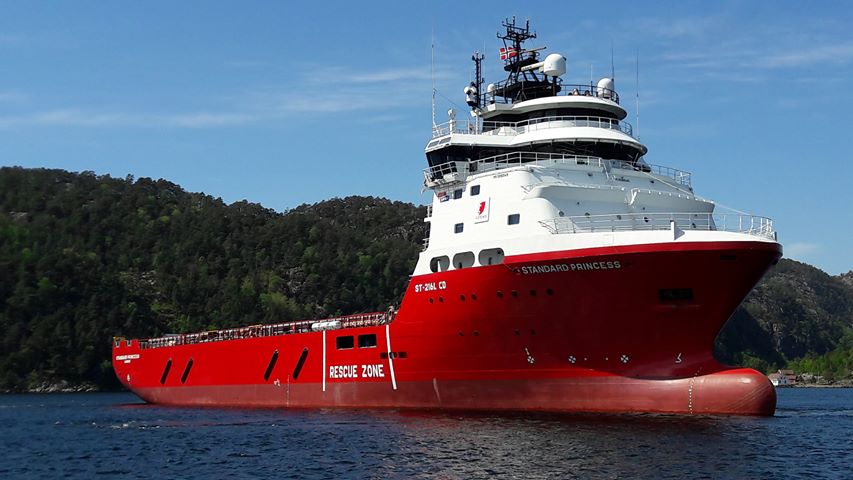