The management team behind STATS has also invested more money in the business, which received an initial £7.8 million ($11.8 million) of growth capital from BGF in March 2012.

According to the press release, since the initial funding deal, STATS has doubled its annual turnover to around £30 million ($45.5 million), has created 145 additional jobs and has opened operational bases in Canada, the Middle East and the US.

The additional growth capital will fuel the continued rate of expansion, especially in the US, where STATS opened a new facility in 2014 and recently won contracts worth more than $15 million (£9.9 million) to provide intervention and isolation services to one of the largest energy infrastructure companies in North America.

“The latest funding will help us to maintain the pace of our expansion in the US and the Middle East.”

According to STATS, BGF’s investment will also aid growth in the Middle East, where STATS has pioneered the use of emergency isolation tools as an insurance policy against damage to vital pipeline infrastructure, both subsea and on-land, with clients including national oil companies across the region.

Simon Munro, BGF regional director Scotland, said: “I’m delighted that we are investing more capital in STATS and continuing to back Pete Duguid and his team.  Since our initial investment in 2012, the company has gone from strength to strength, doubling turnover, creating jobs and expanding globally.

“Follow-on investments are an important part of the BGF model. By supporting businesses that we know and have a proven track-record, we can help them to grow even further.”

Pete Duguid, chief executive officer of STATS Group, added: “Simon and his team at BGF have been very supportive since our first investment. They have not just injected cash into the business but have also offered advice and support during our global expansion. The latest funding will help us to maintain the pace of our expansion in the US and the Middle East.”

Recent work carried out by the group has included isolating the Forties Pipeline System on behalf of Apache North Sea so that a subsea isolation valve could be installed on this major pipeline, responsible for transporting over a third of the UK’s oil production. 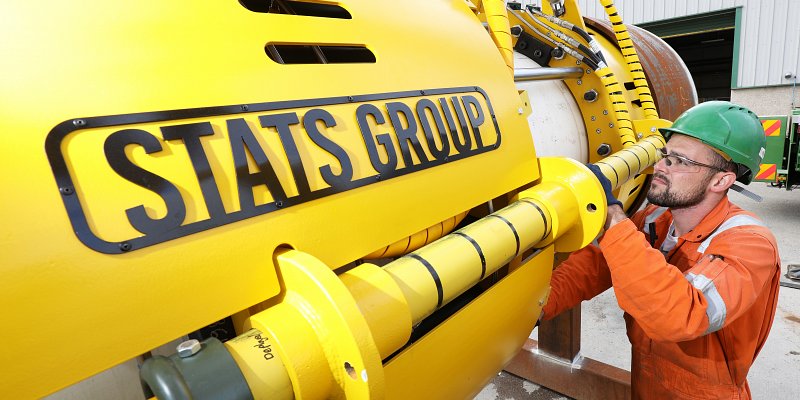