The three routes, Travemünde to Ventspils and Liepaja as well as the route Nynäshamn-Ventspils have been acquired from Scandlines GmbH. Moreover, Stena Line has acquired Scandlines GmbH’s vessels and operation on the routes between Trelleborg to Sassnitz and Rostock, which makes Stena Line the sole owner. The acquisitions are part of Stena Line’s strategy of expansion into growth markets.

“Through the acquisition of the routes from Germany and Sweden to the Baltic States, we are increasing our presence in the southern Baltic and expanding our offering for both freight and passengers. Our ambition is to continue developing the new operations in order to give our customers better service and capacity,” says Gunnar Blomdahl, CEO for Stena Line.

The background to the acquisition is the strong growth in sea transports to and from the Baltic region, which is expected to show continued growth. Three vessels in total, of which two are chartered, operate the routes to the Baltic States.

“Through the new routes, we are supplementing our existing network and can offer transports to and from the Baltic States,” says Gunnar Blomdahl.

Apart from the purchase of the three routes between Germany and the Baltic States, Stena Line is also acquiring the vessel “Sassnitz” and the operations on the routes from Trelleborg to Rostock and Sassnitz. These routes have previous been run jointly with Scandlines GmbH, via Stena Line’s subsidiary Scandlines AB, under the Scandlines Hansa brand. Stena Line will now be the sole owner of the routes, which are currently operated by four ferries. The Trelleborg routes as well as the new routes to Latvia will operate under the Stena Line brand.

In total, the transaction concerns about 300 employees in Germany and the Baltic States. The staff that are employed with Scandlines in Germany, Lithuania, Denmark and Latvia and who work on the specified routes will be offered new positions with Stena Lines.

The deal is on the assumption of approval from the German competition authorities. 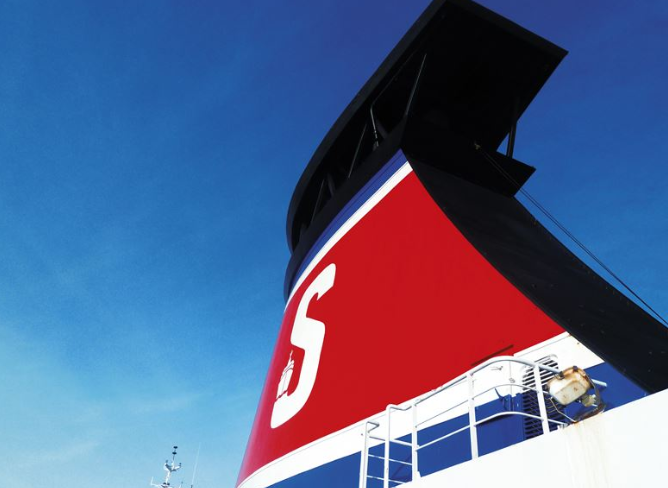