Advertisement
Back to overview
Home Green marine Study: Shipping’s emissions could increase by 50% until 2050 if left unchecked

Study: Shipping’s emissions could increase by 50% until 2050 if left unchecked

Greenhouse gas (GHG) emissions from ships are projected to increase by up to 50% until 2050, relative to 2018, despite further efficiency gains, as transport demand is expected to continue to grow, the Fourth IMO Greenhouse Gas Study shows.

The study has been prepared for the International Maritime Organization by an international consortium led by CE Delft, comprising ten consultancies, research institutes, and universities from four continents.

The study findings show that while the impacts of the Covid-19 pandemic will probably cause a decline in emissions in 2020, they are not expected to significantly affect the projections for the coming decades.

The carbon intensity of shipping has improved by about 11% in this period, but the growth in activity was larger than the efficiency gains.

Consistent with the Third IMO GHG Study, CO2 remains the dominant source of shippingʹsclimate impact when calculated on a GWP-100 year basis, accounting for 98%, or 91% if black carbon is included, of total international GHG emissions (in CO2e).

Black carbon was found to be the second most significant emissions species in climate impact terms.

Methane emissions showed the most remarkable growth trend over the period studied–increasing 151%, far greater than the use of LNG as a marine fuel. This has been ascribed to increased use of machinery with high levels of methane slip (increasing use with dual-fuel reciprocating engines).

“Given the important climate impacts of BC and methane, not regulating these species is a major loophole and shortcoming in current policy. To our understanding, no national government has regulated to control either black carbon or methane emissions from the sector,” UMAS added.

“The report will provide the IMO with a factual basis for the negotiations on measures to address greenhouse gas emissions from shipping. It has again improved on the methods and presentation of the previous Greenhouse Gas Studies,” Jasper Faber, CE Delft, project manager, said.

Elena Hauerhof, UMAS, leader of the inventory work, said that the study used a fully IPCC-aligned approach to estimate international shipping emissions for the first time.

As disclosed by UMAS, advances in this new study’s methods have estimated that 30% of total shipping emissions fall directly within national government responsibility, twice the magnitude previously estimated.

316Mt of the total 1056Mt of shipping CO2 emissions (2.9% of total anthropogenic emissions) were within national emissions responsibilities.

According to international (IPCC) guidelines, only shipping emissions that occur when ships sail on a voyage between two countries are the responsibility of the IMO.

When any ship sails between two ports in the same country, the emissions are the responsibility of that country – and should be accounted for and have reductions managed within that country’s emissions inventory and commitments, including in its reports to the UNFCCC regarding commitments made in the Paris Agreement.

Until now only a few countries had investigated their shipping emissions at this level of detail, and the IMO had had to make simplified estimates that have been shown to underestimate the level of emissions that count as ‘domestic’ shipping and fall within the responsibilities of individual governments to manage, the study said.

“You have to start by getting GHG accountancy right, and this has proved a perennial problem for the shipping sector. Most countries, including the UK, continue to count shipping emissions inaccurately e.g. on the basis of fuel sold to shipping as opposed to actual voyages and activity,” Tristan Smith, contributor and director UMAS, said.

“Very few countries use IPCC aligned methods, or include shipping in their NDC – it’s a poorly-assessed, under-examined and often-ignored sector for many governments. Poor accountancy creates persistent underestimation of the magnitude of responsibility and role that should be taken nationally to decarbonise shipping. Hopefully this study will encourage countries to look again, and bring shipping firmly into their national GHG policy and action.”

The study shows strong, clear policy action must be taken for the sector to urgently transition away from the use of fossil fuels.

“The study has also significantly advanced the accuracy of AIS based estimations for any ship, and evidences this by undertaking a detailed validation against fuel consumption and other key parameters reported in EU MRV for over 9000 ships,” Hauerhof added.

As informed, the study has also included carbon intensity of international shipping, black carbon emissions from ships, in addition to the IMO GHG Studies, in response to the Initial IMO GHG strategy.

As explained, the study also reveals the weakness of the IMO’s 40% carbon intensity reduction target – three-quarters of the targeted improvements had been achieved before the goal was even adopted in 2018.

UMAS said that the IMO urgently needs to reconsider what a proportionate absolute reduction in GHG emissions by 2030 is, what state of preparedness it needs the global fleet to be at by 2030, and build this into regulation that can implement immediate and rapid carbon intensity and GHG reduction.

“Shipping’s carbon pollution has grown at an alarming rate and could rise by half by 2050 if real action is not taken,” Faïg Abbasov, T&E’s shipping programme manager, said.

“Now is the time for the EU to push ahead with its plan for emissions trading for shipping and also quickly adopt the CO2 standards the European Parliament has called for. Standards will drive the uptake of the hydrogen and ammonia that European shipping needs to decarbonise.”

Furthermore, the fleet’s carbon intensity trend continues to be dominated by operational drivers.

As such, the study calls for the adoption of a stringent operational carbon intensity regulation, for both domestic and international shipping.

Otherwise, there is a risk that if the market trends that have created recent operational and speed trends reverse, that shipping emissions could increase very rapidly. 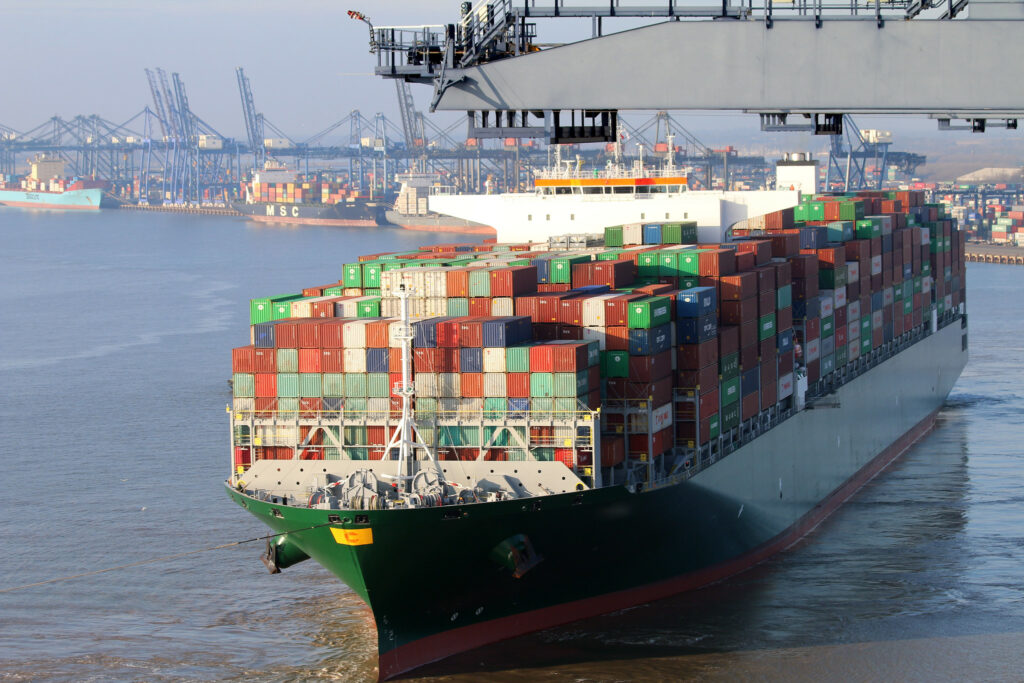