SWERUS-C3 scientists have discovered vast methane plumes escaping from the seafloor of the Laptev continental slope. These early glimpses of what may be in store for a warming Arctic Ocean could help scientists project the future releases of the strong greenhouse gas methane from the Arctic Ocean.

”This was somewhat of a surprise,” writes chief scientist Örjan Gustafsson, Stockholm University, in his latest blog entry. He speculates that the leaking methane from the seafloor of the continental slope may have its origins in collapsing “methane hydrates,” clusters of methane trapped in frozen water due to high pressure and low temperature.

The discovery was made while the icebreaker Oden crosscut the Laptev Sea along a depth gradient from 1000m to just 100m following the continental slope upward to reach the shallow waters of the outer Laptev Sea Shelf. By use of acoustic techniques and geochemical analyses of water samples, the scientists found vast methane plumes escaping from the seafloor at depths between 500 m and 150 m. At several places, the methane “bubbles“ even rose to the ocean surface. What’s more, results of preliminary analyses of seawater samples pointed towards levels of dissolved methane 10–50 times higher than background levels.

“While there has been much speculation about the vulnerability of regular marine hydrates along the continental slopes of the Arctic rim, very few actual observations of methane releases due to collapsing marine hydrates on the Arctic slope have been made,” writes Örjan Gustafsson.

Örjan Gustafsson thinks that the mechanism behind the presence of methane seeps at these depths may have something to do with the ”tongue” of relatively warm Atlantic water, presumably intruding across the Arctic Ocean at 200–600 m depths. “Some evidence have shown that this water mass has recently become warmer. As this warm Atlantic water, the last remnants of the Gulf Stream, propagates eastward along the upper slope of the East Siberian margin, it may lead to destabilization of methane hydrates on the upper portion of the slope. This may be what we are now seeing for the first time,” writes Örjan Gustafsson.

SWERUS-C3 scientists could determine the depth from which methane plumes were bubbling up with the help of precise sonar instruments commonly used to map the bottom of the deep ocean and detect gas seeps in the water column. ”We mapped out an area of several kilometers where bubbles were filling the water column at depths of 200 to 500 m,” writes Örjan Gustafsson. Additional observations include the discovery of over 100 new methane seep sites in the shallower waters of the Laptev shelf (at 60–70m depth), a likely consequence of the thawing subsea permafrost.

”SWERUS-C3 researchers have on earlier expeditions documented extensive venting of methane from the subsea permafrost system to the atmosphere over the East Siberian Arctic Shelf,” writes Örjan Gustafsson. He continues: ”On this expedition we have gathered a strong team to assess these methane releases in greater detail than ever before to substantially improve our collective understanding of the methane sources and the functioning of these systems.”

Örjan Gustafsson believes such data to be crucial for making scientific predictions of how the release of methane from the seafloor of the Arctic Ocean may take shape in the future. 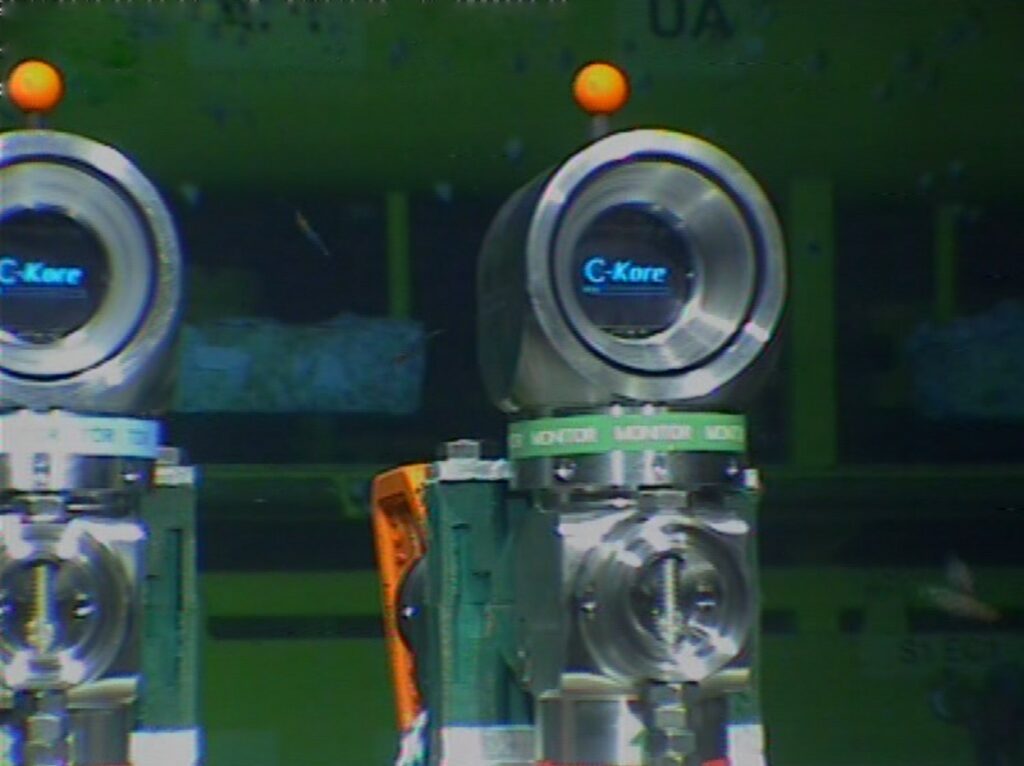