Back to overview
Home Green marine Synergy: Doing nothing about crew changes is not a plan

Synergy: Doing nothing about crew changes is not a plan

The extension of time at sea for seafarers due to restrictions on crew changes and travel across the globe in order to curb the spread of the coronavirus has left thousands of seafarers stuck at sea.

In any given month around 100,000 seafarers reach the end of their employment contracts and are repatriated, according to the International Chamber of Shipping (ICS).

The crewing crisis has seen conditions onboard vessels deteriorate and is impacting seafarers’ state of mind.

The seafarers are reporting an increasing trend of non-payment of wages, contract extensions without informed consent, crews being left in foreign states to pay hotel bills and to seek flights home using their own funds.

What is more, certain ships are not even able to stock up vessels with fruit and vegetables.

Putting seafarers’ mental health and wellbeing at risk is also a safety risk for the shipping industry and tradeflows, industry bodies have warned.

The company employs over 12,000 seafarers on more than 300 vessels.

“Seafarers returning home would have to undergo a 14-day quarantine period, of course. And those joining ships would need to pass a mandatory medical, including a Covid-19 test.

“Even if Covid-19 infections subside, which we all hope they will do, putting a plan in place now will be good preparation for the future.”

Unions and human rights NGOs have been very vocal about the issues resulting from crew change bans and have been calling for immediate action to declare seafarers as key transport workers to facilitate their movement.

“We have already spoken to a number of leading ship owners and they agree this is a positive way forward,” he said. “We have also identified a number of ports where we think this can be actioned.

“We are now approaching leading shipping organisations and have contacted the IMO about how we can move this forward with the utmost haste.”

Unni believes that the situation represents  “a time bomb”.

“Right now, in the midst of a pandemic when of course people are anxious, thousands are stuck at sea or stranded around the world waiting to join vessels but unable to do so.

“I have heard the argument that seafarers are safest at sea waiting this out. But nobody knows how long this pandemic will last. Doing nothing is not a plan.

“This also has the potential to disrupt the global supply chains millions are relying on in these terrible times. Seafarers will only put up with this uncertainty and poor treatment for so long, and rightly so,” he concluded.

Over the past few days, port authorities have started to ease some of their regulations to facilitate crew exchanges.

According to the Chinese Transport Ministry, around 10,000 Chinese seafarers are expected to return home by the end of May. 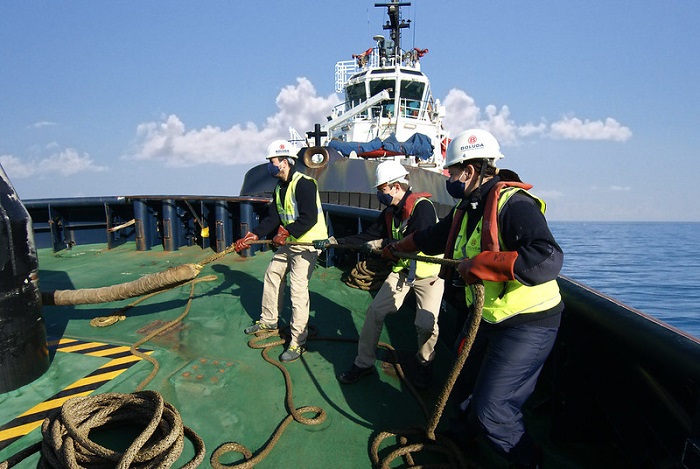