Maire Tecnimont’s subsidiary Tecnimont S.p.A. in Consortium with Archirodon has received a Letter of Award (LOA) for an EPC contract with Abu Dhabi Gas Liquefaction Company Ltd. (ADGAS) for the execution of the Package 1 of the IGD Expansion Project (IGD-E) on Das Island, Abu Dhabi, UAE.

According to the company, completion is scheduled to be within 40 months starting from the effective date, on February 17, 2015.

ADGAS is one of ADNOC Group of Companies which is operating on Das Island, located 100 km north from Ruwais.

The project’s scope of work consists of the EPC activities up to Performance Tests for the expansion of the existing facility on the island. Tecnimont’s scope consists mainly of the expansion of the existing Gas Dehydration Plant with one additional unit and the related facilities, while Archirodon’s scope covers land reclamation, civil and marine works along the western coast of Das Island for the above expansion, including further additional land reclamation work for the IGD-E2 (future gas plant expansion project).

The company says that the Project is important for the peculiarity of the location and consolidates the successful continuity of the Group’s operations in the Country in Oil & Gas business after the completion of GASCO Habshan 5 Process Plant and the recent award of ADCO’s Al Dabb’iya Phase III Project.

Pierroberto Folgiero, Maire Tecnimont Chief Executive Officer, commented: “As witnessed by our recent achievements, our long-lasting relationship with ADNOC Group of Companies keeps growing strong, with the prestigious addition of ADGAS to our clients’ portfolio.

“Furthermore, this result confirms the validity of our strategy to pursue business initiatives in selective geographies, leveraging on our distinctive competences as well as on the capability to team up with leading construction players with a strong track record in the GCC market, such as Archirodon.” 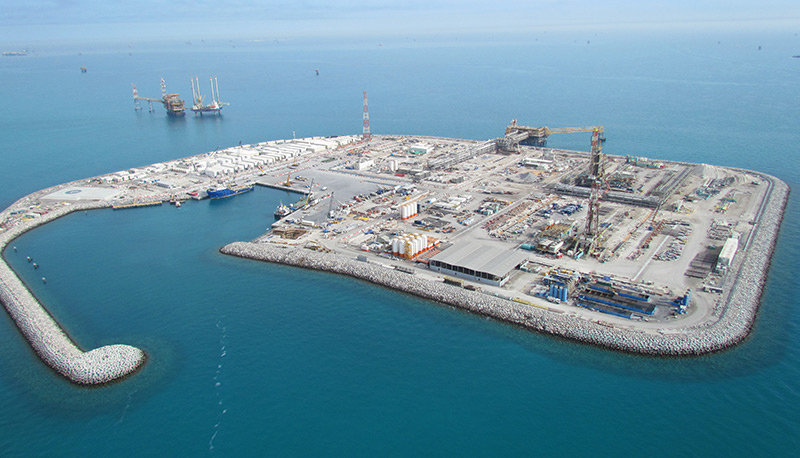