French oil and gas giant Total will stop all operations on the development of the South Pars Phase 11 gas project in Iran, unless it is granted a waiver, following the U.S. President Trump’s last week’s decision to reimpose sanctions on Iran.

Total said on Wednesday: “On 8 May 2018, President Donald Trump announced the United States’ decision to withdraw from the JCPOA and to reinstate the US sanctions that were in force before the JCPOA’s implementation, subject to certain wind-down periods.

“As a consequence and as already explained before, Total will not be in a position to continue the SP11 project and will have to unwind all related operations before 4 November 2018 unless Total is granted a specific project waiver by the US authorities with the support of the French and European authorities. This project waiver should include protection of the Company from any secondary sanction as per US legislation. ”

To remind, the French oil major in July 2017, with the other partner PetroChina, executed the contract related to the South Pars 11 (SP11) project development. South Pars is the world’s largest gas field.

Announcing the U.S. exit from the nuclear agreement with Iran, UK, France, Germany, China, and Russia, Trump said: “We will be instituting the highest level of economic sanction. Any nation that helps Iran in its quest for nuclear weapons could also be strongly sanctioned by the United States,” the U.S. president said.

Total on Wednesday said: “Total has always been clear that it cannot afford to be exposed to any secondary sanction, which might include the loss of financing in dollars by US banks for its worldwide operations (US banks are involved in more than 90% of Total’s financing operations), the loss of its US shareholders (US shareholders represent more than 30% of Total’s shareholding) or the inability to continue its US operations (US assets represent more than 10 billion dollars of capital employed). ”

“In these circumstances, Total will not take any further commitment related to the SP11 project and, in accordance with its contractual commitments vis à vis the Iranian authorities is engaging with the French and US authorities to examine the possibility of a project waiver. ”

“Total…is engaging with the French and US authorities to examine the possibility of a project waiver. “.

“Total confirms that its actual spending to date with respect to the SP11 contract is less than 40 million euros in Group share. Furthermore, considering the various growth opportunities which have been captured by Total in recent months, Total confirms that a withdrawal from SP11 would not impact its production growth target of 5% CAGR between 2016 and 2022,” the company said.

Under the original 20-year agreement signed in July 2017, the South Pars Phase 11 would have a production capacity of 2 billion cubic feet per day or 400,000 barrels of oil equivalent per day including condensate and the produced gas will supply the Iranian domestic market starting in 2021.

Total was the operator of the SP11 project with a 50.1% interest alongside the Chinese state-owned oil and gas company CNPC (30%), and Petropars (19.9%), a wholly owned subsidiary of NIOC.

The SP 11 was to be developed in two phases. The first phase, with an estimated cost of around 2 billion dollars equivalent, was to consist of 30 wells and 2 wellhead platforms connected to existing onshore treatment facilities by 2 subsea pipelines.

At a later stage, once required by reservoir conditions, a second phase would be launched involving the construction of offshore compression facilities, a first on the South Pars field.

EU working to keep the deal

The move by Total will also be a slap in the face to the EU, who has been working hard to keep the Iran deal in place, with or without the U.S. participation

Federica Mogherini, High Representative of the European Union for Foreign Affairs and Security Policy yesterday held several meetings with French, German, UK and Iranian high representatives to discuss the U.S. withdrawal from the Iran nuclear deal, and a path forward.

She said the “our experts were working together already today for many hours,” to address issues such as maintaining and deepening economic relations with Iran; the continued sale of Iran’s oil and gas condensate petroleum products and petrochemicals and related transfers; effective banking transactions with Iran; continued sea, land, air and rail transportation relations with Iran, and, among others, the protection of European Union economic operators and ensuring legal certainty. 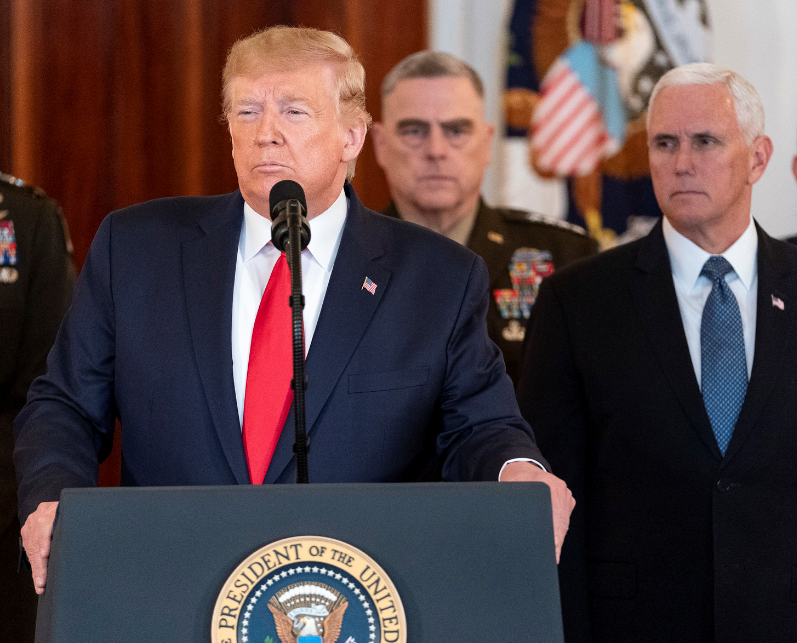