French oil major Total has discontinued the acquisition of Occidental Petroleum’s assets in Ghana in an effort to preserve its financial flexibility.

The story of the purchase and sale agreement between the companies started back in 2019 with Total swooping in for Anadarko’s African assets during Occidental’s attempt to close a deal for the takeover of Anadarko.

Sprinkle in a little bit of Chevron and its attempt to outbid Occidental and Warren Buffett trying to get in on the fun, and the story becomes much more complex to unravel.

U.S. oil major Chevron was first to make a bid in April 2019 for the takeover of Anadarko by offering a stock and cash transaction worth $33 billion, or $65 per share. In combination with the shares, the offer rises to a much larger sum of $50 billion.

Occidental’s offer came less than two weeks later in the form of a 50-50 cash and stock transaction valued at $57 billion.

Since Anadarko informed Occidental the negotiations between the two could “result in a superior offer”, Oxy revised its offer which resulted in a successful takeover bid on 10 May 2019. Chevron said the day before that it would not be increasing its initial bid for the takeover.

In this short version of the takeover story, there should also be a mention of a fourth and fifth party looking at their interests in the deal.

The very first of these was Warren Buffet and his Berkshire Hathaway company which committed to investing $10 billion in Occidental, subject to it entering into and completing its acquisition of Anadarko.

The other was Total which reached a binding agreement with Occidental to acquire Anadarko’s assets in Africa – Algeria, Ghana, Mozambique, and South Africa – for a consideration of $8.8 billion in the event of successful completion of the, at the time still ongoing, acquisition of Anadarko.

The French oil major was interested in several assets in four countries. Namely, in Mozambique, the company was looking to buy a 26.5 per cent participating interest and operatorship in Area 1 where a 12.8 million tonne per year LNG project was largely derisked.

Area 1 contains more than 60 Tcf of gas resources, of which 18 Tcf will be developed with the first two train project which is expected to come into production by 2024.

South Africa was another interesting location where Total was looking towards some exploration licences close to its Brulpadda discovery.

The acquisition of Anadarko’s Algerian assets was focused around a 24.5 per cent participating interest and operatorship of blocks 404a and 208 – which hold the Hassi Berkine, Ourhoud, and El Merk fields – in the Berkine basin in which Total already owned 12.25 per cent.

Total has already wrapped up a $3.9 billion acquisition of Anadarko’s Mozambique LNG project interest in September 2019 as well as the buy of the assets in South Africa.

Under the purchase and sale agreement between Total and Occidental for Anadarko’s Ghana and Algeria assets, the two are linked.

Namely, the sale of the Ghana assets was conditional upon the completion of the Algeria assets’ sale. As part of an understanding with the Algerian authorities on the transfer of Anadarko’s interests to Occidental, Occidental would not be in a position to sell its interests in Algeria.

As a result, the sale to Total would not be able to go through and the subsequent Ghana asset sale buy would have to be discontinued.

Total said on Monday that, given the extraordinary market environment and the lack of visibility that the group faces, and in light of the non-operated nature of the interests of Anadarko in Ghana, Total decided not to pursue the completion of the purchase of the Ghana assets and to preserve its financial flexibility.

Patrick Pouyanné, Total chairman and CEO, said: “This decision not to pursue the completion of the purchase of the Ghana assets consolidates the Group’s efforts in the control of its net investments this year and provides financial flexibility to face the uncertainties and opportunities linked to the current environment”. 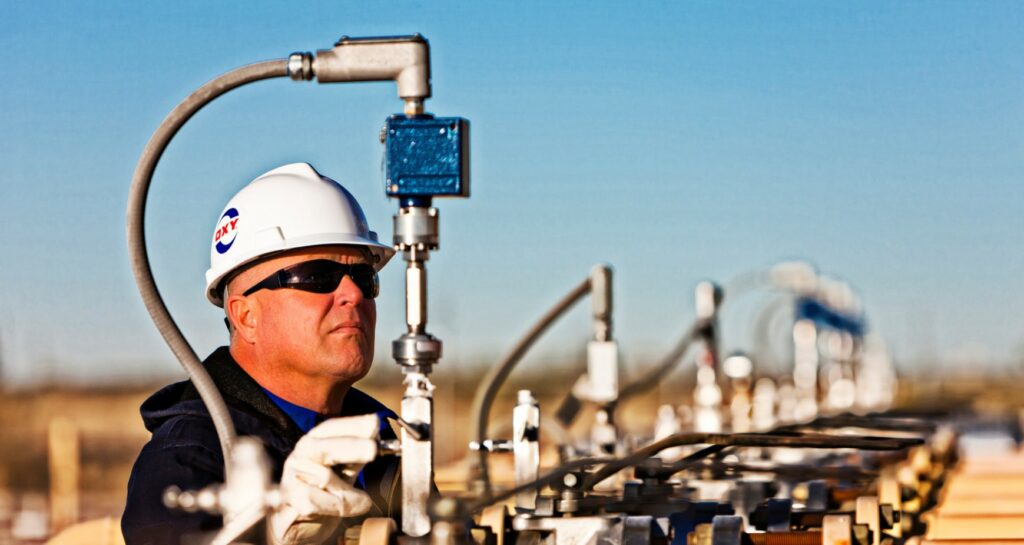