Oil and gas company Tower Resources has started conducting a site survey for a well in the Thali block offshore Cameroon.

Tower said on Tuesday that the Geoquip Marine survey vessel MV Investigator arrived at the proposed site for the Njom-3 well, and was conducting the site survey.

The work will comprise three boreholes, each with cone penetration testing (continuous PCPT), and is a necessary prerequisite to drilling the Njom-3 well. The company added that the vessel would complete the boreholes in a few days.

Analysis of the data and preparation of final reports will take a little longer but should allow Tower to move to more concrete scheduling of the Njom-3 well later in February. Tower signed a contract with Geoquip for the survey back in November 2019.

It is worth reminding that the company was awarded a one-year extension to the initial period of the exploration phase on the Thali license last month.

The initial period of the exploration phase was extended up to one year from its expiration date – September 15, 2019.

At the time, Tower said it requested the extension for the purpose of completing the Njom-3 well, currently in process on the Njonji structure. The company was also granted a further exceptional one-year extension to the initial period of the exploration phase on Thali.

As for the rig that would be drilling the Njom-3 well, Tower decided to change the rig in August 2019. Namely, it released Vantage’s Topaz Driller jack-up in favor of the COSL Seeker. 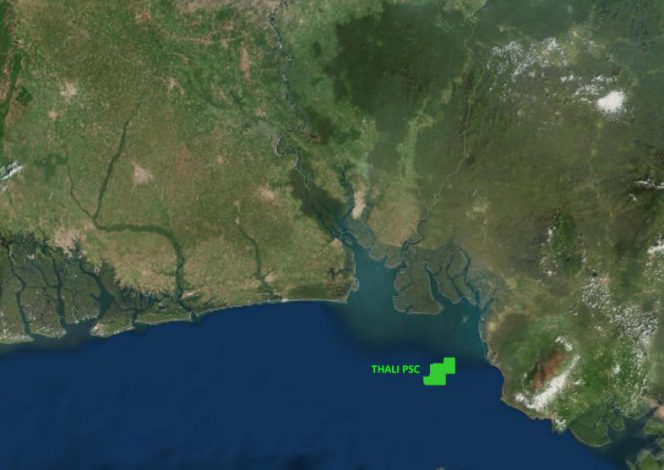