With terminals in Los Angeles, Oakland and Jacksonville, TraPac LLC has been described as “a sustainability pioneer” that already shares Green Marine’s focus on continuous improvement.

TraPac’s Los Angeles terminal was the first North American container terminal to be fully automated and the first in the world to offer an automated on-dock rail facility.

“Our automated cargo handling equipment reduces emissions of particulate matter and NOx by more than 99% and GHG emissions by over 90% per TEU when compared to competing terminals,” Stephen Edwards, TraPac CEO, noted.

“We are determined to continue improving our environmental performance, and participating in a rigorous and transparent environmental initiative such as Green Marine complements the sustainable development approach adopted by TraPac.”

“Having this champion of innovation as a participant will no doubt enhance Green Marine’s knowledge pool to continually improve maritime transportation’s overall sustainability.”

Specifically, TraPac has implemented a number of programs and technologies at its Los Angeles terminal to mitigate vessel emissions, including automated straddle carriers – low-emission hybrid-electric vehicles that move containers between the waterside transfer area, container stacks, the U.S. Customs radiation scanner and the on-dock rail area. Alternative maritime power (AMP) and bonnet capture — a system for ships that are not equipped for shore power — permits every single vessel calling at TraPac to shut down its auxiliary engines while at berth to reduce pollutants, greenhouse gases and noise.

The Green Marine environmental program addresses a number of environmental priority issues through its 13 performance indicators, including greenhouse gases, air emissions, leak and spill prevention, waste management, and underwater noise. Some indicators apply to landside operations and others to shipping activities.

The certification process is rigorous and transparent, with the results independently verified every two years and the individual performance of each participant made public annually. So far, more than 145 shipowners, port authorities, terminal operators and shipyard managers throughout Canada and the United States have joined the program. 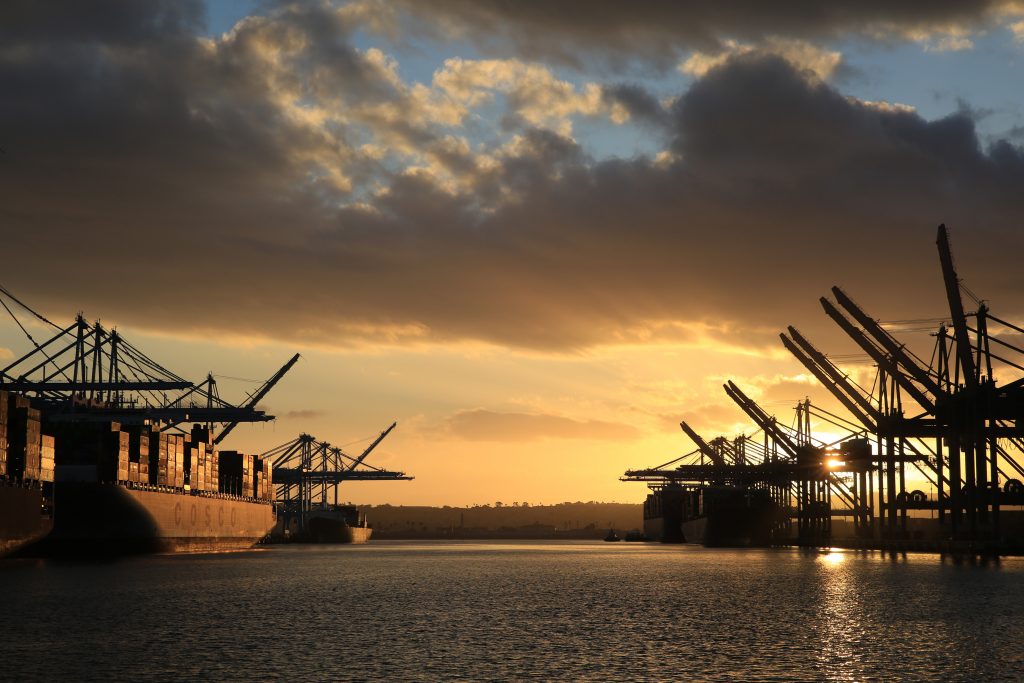