After deploying two drillships and a seismic vessel in Cyprus-claimed waters, Turkey is now sending the fourth vessel.

Turkish minister for energy and natural resources Fatih Donmez tweeted on Tuesday that the Oruc Reis seismic vessel would join the TPAO vessel trio in the Eastern Mediterranean soon.

Turkey currently has two drilling ships, the Fatih and the Yavuz, deployed to the west and to the east of Cyprus, respectively. In addition, the Turkish oil company’s seismic ship Barbaros Hayreddin Pasa is conducting seismic operations to the south of Cyprus.

Cyprus and the EU have labeled Turkish actions illegal and provocative, with Turkey responding that its activities are legitimate as the licenses for TPAO’s exploration were granted by Turkish Republic of Northern Cyprus, a self-declared state on the northeastern portion of Cyprus, recognized only by Turkey.

Turkey has also said it is protecting the rights of the Cypriot Turks, accusing the Cyprus government of only taking care of the Greek Cypriots.

In the wake of Turkish actions, the EU has earlier this week decided to impose sanctions, cutting Turkey’s pre-accession funding, putting high-level diplomatic talks to a halt, and rescinding an air transportation deal.

Turkish Energy Minister Fatih Donmez on Tuesday said Turkey would deploy the Oruc Reis seismic vessel to the eastern Mediterranean. The ship is managed by Turkey’s General Directorate Of Mineral Research And Explorations and is currently operating in the Sea of Marmara.

According to the Anadolu Agency, Turkish foreign minister Mevlüt Çavuşoğlu also said Turkey would deploy the fourth vessel in the Eastern Mediterranean.

He reportedly said: “If you receive such decisions [EU sanctions] against Turkey, we will increase our activities. We have three vessels in the East Mediterranean, and we will send the fourth vessel… What we will do in our own continental shelf, we decide.” 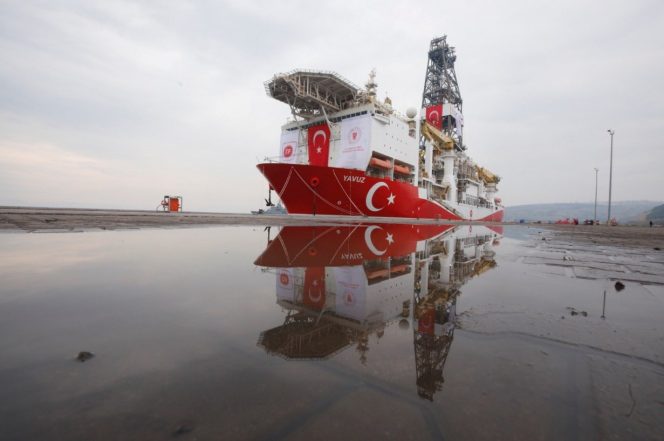