As a result, the Canal has been closed. The first damage reports indicate that the cargo ship is leaking diesel from two holes of 3×5 meters on its port side, whereas the Coral Ivory hasn’t been damaged. Fortunately, nobody was injured in the collision.

For the time being the wrecked Siderfly, which listed 45 degrees portside, is anchored with chains and wires on land to avoid risk of capsizing, therefore the stabilization work is completed. What is more, two tugs are holding the disabled vessel as a further precaution measure. Meanwhile, the owner of the ship has contracted a salvage company. The salvage experts along with the operations manager on site, relevant authorities and insurance representatives will discuss today the details on salvage operation’s further steps. 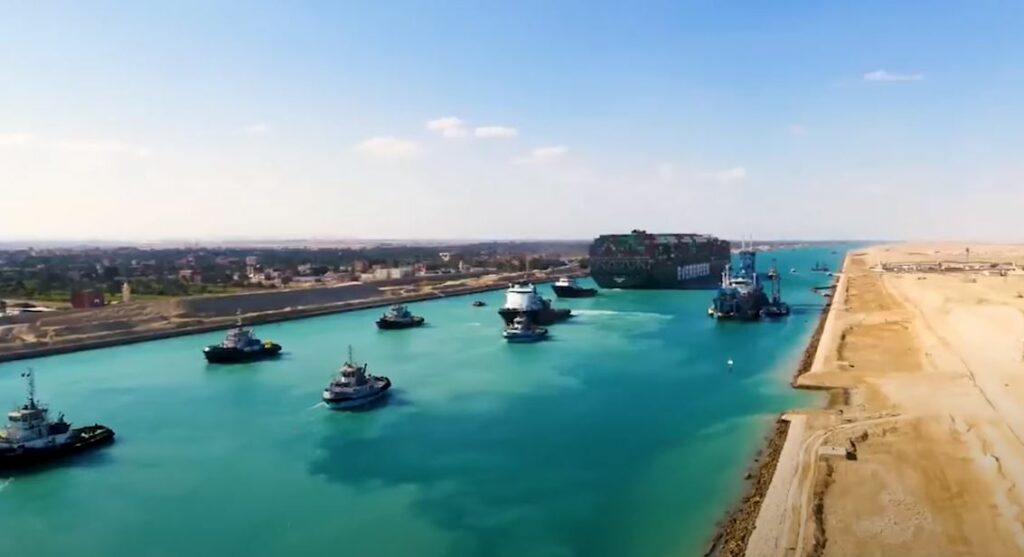 Suez Canal Authority VIDEO: Refloating the Ever Given
Posted: 20 days ago
How the Suez Canal was saved VIDEO
Posted: about 1 month ago
Ever Given insurers concerned over SCA’s claims against the ship’s master
Posted: 13 days ago