The scaled-down version of the Nezzy² floating wind turbine, a two-turbine floating wind platform, completed its two-month tests in the Bay of Greifswald in the Baltic Sea and has now been dismantled.

Over the coming weeks, the recorded data from the tests will be evaluated, with the findings to be incorporated in the design of the 1:1 scale model.

The full-size prototype is set to be installed for testing and demonstration in China at the end of 2021 or in early 2022.

“We want to use the floating wind turbines ourselves for our international offshore projects. That is why we are really delighted that this technology can now be further developed with our support”, said Hannah König, head of wind and maritime technology at EnBW.

The 18-metre-tall prototype built on a 1:10 scale, which has been tested jointly by EnBW and aerondyn engineering, consists of two wind turbines installed on a floating platform made of precast concrete elements.

To test the platform, 180 sensors were used in 30 different measurements to establish how it behaves when exposed to different wind directions and speeds, as well as wave heights and directions.

According to EnBW, the floating wind platform withstood a storm tide in mid-October. In terms of the later full size of Nezzy², the wave and wind conditions were equivalent to a category four to five hurricane with waves reaching heights of up to 30 metres.

“For one and a half days, we were able to observe how Nezzy² remained stable in the water in extreme weather conditions. Our tests have shown that our model is now ready to be tested in the sea on a full-size scale,” said aerodyn managing director Sönke Siegfriedsen.

Prior to the test in the Baltic Sea, the Nezzy² prototype was tested in a flooded gravel pit in Bremerhaven.

At the end of October, DNV GL awarded a statement of feasibility for the Nezzy² double rotor floating wind turbine concept, confirming that it was designed to state-of-the-art safety, quality and performance standards. 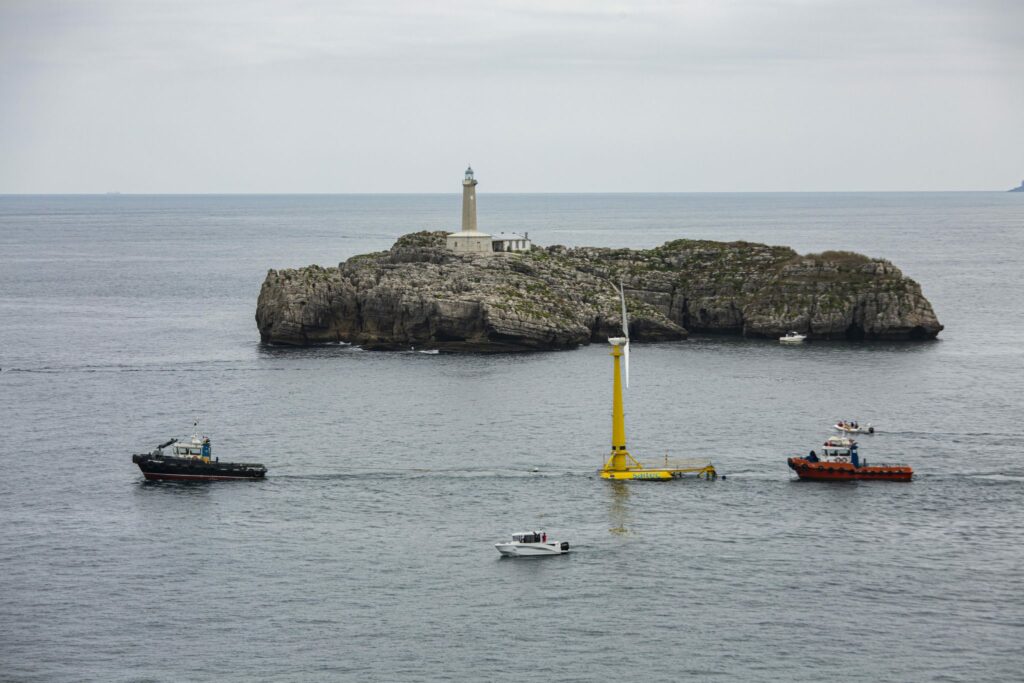