The three Tyra East wellhead and riser platforms have arrived at the Tyra field in Denmark following a journey from a Sembcorp Marine yard in Singapore.

Following the arrival in Singapore, the heavy transport vessel BigRoll Beaufort in late July sailed away from the Sembcorp Marine construction yard with the three topsides, heading directly to the Tyra field in the Danish North Sea.

The Tyra project is operated by TotalEnergies with a 43.2 per cent interest with Noreco (36.8 per cent) and Nordsøfonden (20 per cent) as its partners.

Noreco said on Monday that the 16,000 kilometres long voyage went according to plan and schedule.

Noreco also said that the world’s largest crane vessel, Sleipnir, is now in position at the Tyra field to lift the three topsides off the vessel and onto the jackets. The lifting of the topsides will be followed by an installation period scheduled to take place during September.

Progress on the five remaining platforms continues per schedule to meet the first gas date in 2Q 2023.

TotalEnergies this year also awarded a commissioning services contract for the project, which went to a consortium of Actemium Oil & Gas Commissioning and Semco Maritime. 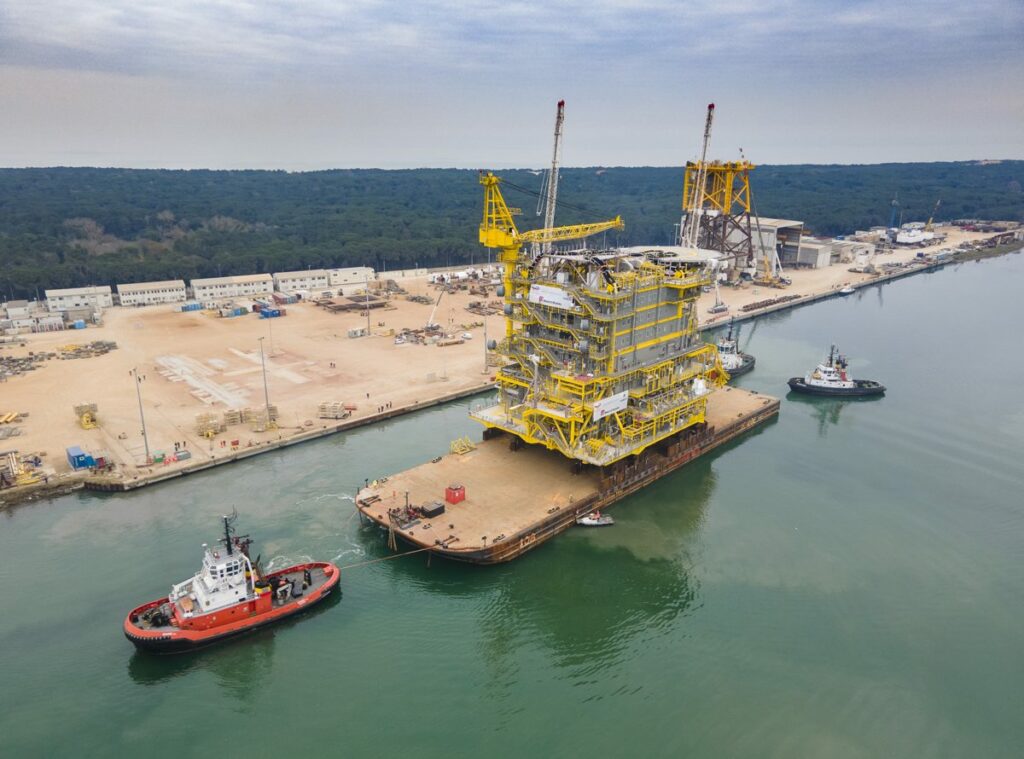