Houston-based oil and natural gas producer W&T Offshore has inked a deal worth $47 million to acquire more acreage in the Gulf of Mexico, which will allow the company to further increase free cash flow while optimizing the value of its nearby operated assets and capturing synergies.

W&T Offshore reported on Monday that it has entered into a definitive purchase and sale agreement to acquire working interests in – and operatorship of – oil and gas producing properties in federal shallow waters in the central region of the Gulf of Mexico for total cash consideration of $47 million, subject to normal and customary post-effective date adjustments.

Tracy W. Krohn, Chairman and Chief Executive Officer, remarked: “I am pleased to announce this acquisition of oil-weighted operated producing properties that are generating positive cash flow. Acquisitions are a core component of how we create value at W&T and this transaction is another great example of an acquisition that adds value for our stockholders.”

According to the company, the transaction will have an effective date of 1 July 2021 and is anticipated to close by the end of the first quarter of 2022. This transaction will add internally-estimated proved reserves of 5.5 million barrels of oil equivalent (Boe) (69 per cent oil) and proved and probable, or 2P, reserves of 7.6 million Boe (75 per cent oil) assuming strip pricing as of 7 December 2021.

The transaction will further add the current estimated production of approximately 3.4 MBoe per day (74 per cent oil) along with over 50 gross producing wells (average working interest of 80 per cent) in three shallow-water fields.

In addition, it will provide potential upside through re-completions and operational synergies and will be funded using cash on hand.

While commenting on this transaction, Krohn stated: “It meets all of our selection criteria, has a strong base of proved developed reserves, provides us with identified upside potential without significant capital costs, and allows us the ability to reduce costs to further increase free cash flow.”

“These assets complement our existing high-quality portfolio extremely well, and given we operate other assets near these properties, we believe we’ll be able to leverage our scale and expertise to capture synergies and maximize the value of these assets,” added Krohn.

The acquisition includes 53 producing wells and 16 structures with current estimated production from the properties of 2.5 MBbl per day of oil and 5.4 MMcf per day of natural gas, or a total of 3.4 MBoe per day. W&T Offshore estimates proved reserves as of 1 July 2021 – assuming strip pricing as of 7 December 2021 – were 5.5 MMBoe, of which 69 per cent is oil.

“The current environment for acquisitions in the Gulf of Mexico continues to be very good and we are well-positioned to pursue additional attractive opportunities that present themselves,” concluded Krohn. 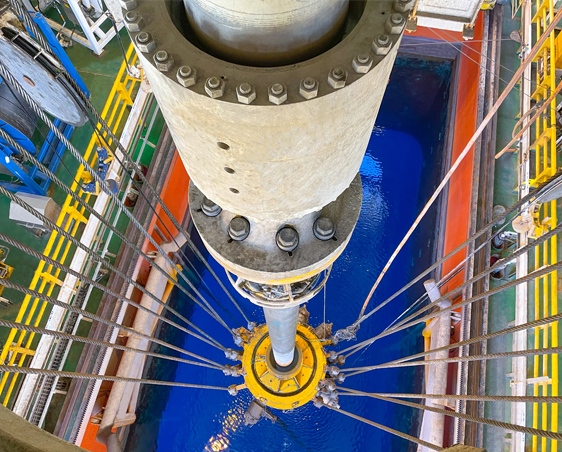