Oil and gas company Dana Petroleum has announced first oil from its Western Isles development in the UK sector of the North Sea.

Production started on November 15 and has continued steadily and in line with expectations, Dana Petroleum, a subsidiary of the Korea National Oil Corporation (KNOC), informed on Tuesday.

Western Isles, operated by Dana with 77% and the other 23% interest held by Cieco, is now producing from the Harris and Barra oil fields in the Northern North Sea, 160km east of the Shetlands and 12km west of the Tern field.

With an investment of approximately $2 billion by the project partners, Western Isles is Dana’s largest ever project. According to the operator, the development is expected to produce up to 44,000 barrels of oil equivalent a day when fully on production, adding over 30,000 barrels (net) to Dana’s daily production.

Dana Chief Executive, Roy Elliot, said: “The safe start-up of Western Isles is a proud moment and a great achievement for Dana and our owner the Korea National Oil Corporation – and it demonstrates our ongoing commitment to the North Sea.

Brenda Wyllie, Northern North Sea Manager at the Oil and Gas Authority, said: “The first oil milestone from the Western Isles Development is positive news and helps confirm the remaining potential of the UK Continental Shelf. Dana’s approach to intervention, when managing a complex and remote project, has seen them successfully achieve this goal. The OGA welcomes investment in a mature area of the North Sea and looks forward to more of these developments coming on stream and enabling MER UK.”

The Western Isles development consists of production and water injection wells tied back to a new build floating production, storage and offloading vessel (FPSO) with oil export using shuttle tankers. Following a long journey from the Cosco shipyard in China, the FPSO reached Rotterdam in April. Before heading to its final offshore location in the North Sea, the vessel underwent the final outfitting at Keppel’s Verolme yard.

The cylindrical FPSO measures nearly 90m at its widest and weighs over 28,000 tonnes, with the capacity to produce 44,000 barrels of oil a day and store 400,000 barrels in its tanks. 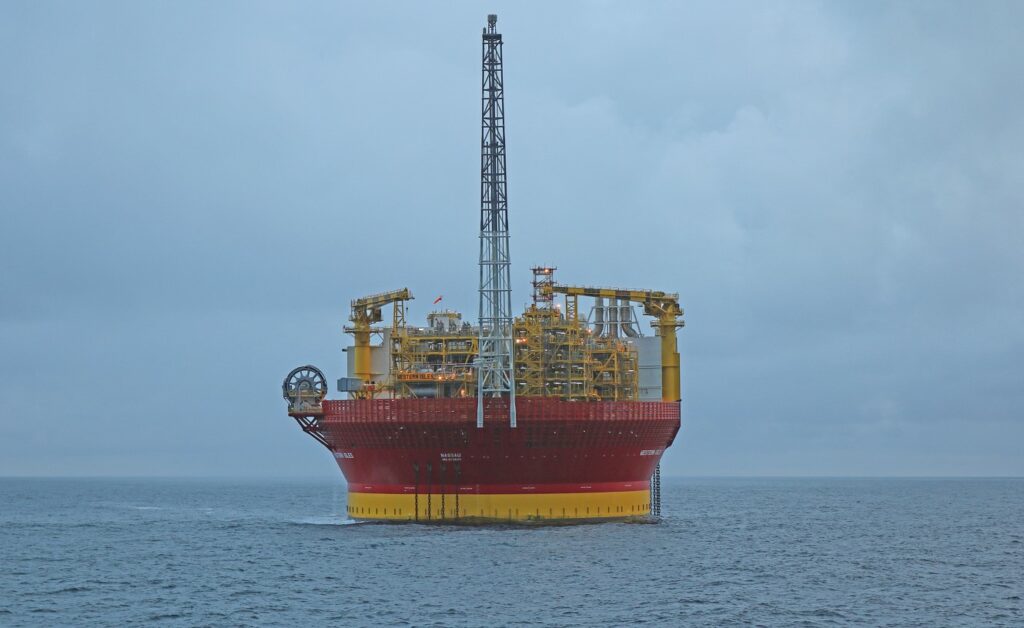