It is anticipated that this weekend (16/17th Feb) will see the start of the next stage of marine survey work to be carried out by Marine Minerals Ltd – the Cornish company investigating opportunities for the recovery of waste tin from the seabed in an environmentally practical way.

The next step in the project is to undertake further preliminary marine survey work along the coast between St Ives and Perranporth, where deposits of waste tin are located in the seabed sand. This is limited research work licensed by the government’s Marine Management Organisation (MMO).

The survey work will be carried out by the specialist 24m survey vessel MV Flatholm, which is operated by Falmouth based hydrographic survey company Coastline Surveys Ltd.

Marine Minerals will be investigating a range of topics, including:

• Assessing more precisely the location and quality of the tin and other mineral deposits, in the sandy seabed

Exact timing of the survey work is heavily reliant on the weather, but we anticipate it starting this weekend and being completed over the coming two weeks.

“Our starting point with the tin recovery project is that there are tens of millions of pounds worth of Cornish tin, already mined over the last few centuries and washed out to sea, sitting in sand off the North Cornish Coast between St Ives and Perranporth. The value in that tin could be of great benefit to the Cornish economy: the challenge is, can the tin be recovered in a way that is environmentally and socially, as well as commercially viable? We obviously believe that the answer is yes, which is why we are pursuing the project.

“We are acutely aware of a number of sensitive issues that need to be considered, which is why we have invited Surfers Against Sewage to join us during the marine survey work so they can see first hand the studies we are undertaking.

“We are committed to high levels of environmental performance and have completely rejected the use of traditional dredging methods to bring up the tin-bearing sand.”

The methods the company is investigating – sifting and filtering the sand at sea and returning around 95% of it immediately back into the seabed excavation that it came from – will be far more precise and economic than dredging. The company’s research so far suggests that when compared to natural forces such as tides, currents and storm waves, this method of working will have insignificant effects on the seabed and the local ecology. The company is carefully investigating many issues in detail via a year-long environmental study. Findings will be made public and form part of the company’s application to the MMO for a full operating licence. These plans will themselves be subject to formal, statutory public consultation, managed by the MMO, which it is anticipated will take place in 2014. 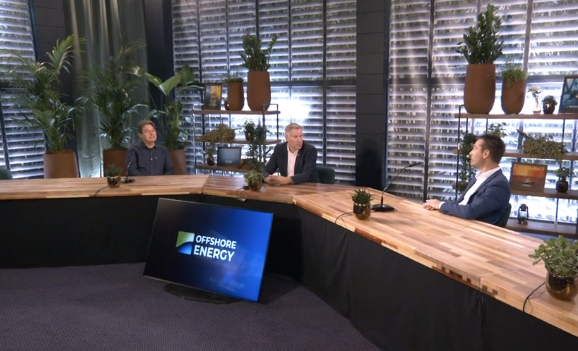 Marine Energy- The Next Big Thing in Energy
Posted: 28 days ago
Rotech Subsea delivers North Sea sandwave clearance and cable recovery
Posted: 6 hours ago
Premium
To mine or not to mine deep sea to scale up marine renewables
Posted: 4 months ago
Advertisement
Related vacancies