Photo: Equinor has recently submitted plans for partial electrification of its Sleipner field in the North Sea. Photo: Øyvind Gravås and Bo B. Randulff - Equinor

The British government has set a goal to reach net-zero emissions by 2050 and electrification of oil and gas platforms on the UK continental shelf (UKCS) should play an important role in efforts to achieve this target.

A Rystad Energy analysis shows that UK oil and gas production will remain significant for decades to come.

After a small decline over the next several years, output forecast to rebound to approximately 2 million barrels of oil equivalent per day by around 2035.

UK emissions from oil and gas production in the North Sea are the highest among the region’s producers, reaching 13.1 million tonnes of CO2 in 2019, according to Rystad Energy emission data.

Extraction emissions account for 10.1 million tonnes of CO2, with flaring making up the rest.

When it comes to emission intensity, the UK’s 21 kilos of CO2 per barrel of oil equivalent (boe) is also behind Norway’s impressive 8 kilos per boe.

Rystad Energy projects UK oil and gas production to rise over the years and peak at 2.09 million boe in 2035, up by about 25% from the 1.64 million boe expected this year.

In order to reach its ambitious climate goals, the country will need to take serious steps towards decarbonization of its production by electrifying its infrastructure via renewable sources of energy, thus moving away from carbon-intensive gas turbines and diesel generators on offshore platforms, Rystad said.

“There is significant room for improvement when it comes to reducing carbon intensity on the UKCS. We already see that priorities are shifting toward greener solutions from both sides of the decision-making process, and many operators and investors are now including an additional carbon cost in their capital allocation decisions”, says Rystad Energy’s upstream analyst Olga Savenkova.

The Norwegian continental shelf (NCS) may serve as a great example: There are currently eight oil and gas fields partly or fully electrified in the country, and another eight fields with sanctioned electrification projects.

Rystad Energy expects that 60% of NCS production will come from electrified offshore platforms by 2025.

Following Norway’s lead, several major operators in the UK – as well as some smaller players – are conducting feasibility studies targeting platform electrification across the Central North Sea and West of Shetland. Low-emission design will become part and parcel of new field development plans.

An associated risk here is that high-carbon-intensity developments may struggle to meet sanctioning requirements and late-life producing assets may face permanent shutdown earlier. As a result, companies will end up with stranded assets if they don’t take timely emissions reduction measures.

The initial capital investments for using renewable power generation offshore will be higher than traditional power generation solutions, but this additional cost will be partially offset by lower operating costs and carbon price savings.

At the same time, the absence of energy-generation equipment on platforms will reduce topside weight and manpower requirements, as well as noise and vibration. Fields’ own use of hydrocarbons will also be reduced, and the problem of fuel deficiency for power generation for mature assets will become obsolete.

Shortly after announcing the results of the 32nd lease round earlier this month, the UK government launched a policy review of its future offshore oil and gas licensing regime as part of the net-zero emissions target. This may result in emissions-reduction obligations being incorporated into the scoring system for future license applications.

Another important technology for achieving the net-zero target is carbon capture and storage (CCS), which, according to OGA estimates, could remove more than 130 million tonnes of CO2 per year from UK emissions.

The UK oil and gas sector is well-positioned to redeploy its skills, capabilities and existing infrastructure to accelerate CCS deployment.

The UKCS has enough CO2 storage capacity to fully support the country’s needs, along with oil and gas infrastructure that can be reused for this purpose. Hydrogen is a low-carbon energy source which could replace fossil fuels in power generation, heating and transportation.

At the same time, access to lower-cost electricity directly from offshore wind farms for oil and gas operators creates commercial opportunities for wind developers to expand.

The installed capacity of the global offshore wind was 27.6 GW last year, 35% of which was in the UK. The country’s installed offshore wind capacity is set to rise to 10.4 GW this year from 9.7 GW in 2019 and will surge to almost 38 GW by 2030, close to the government’s target of 40 GW, Rystad Energy estimates. 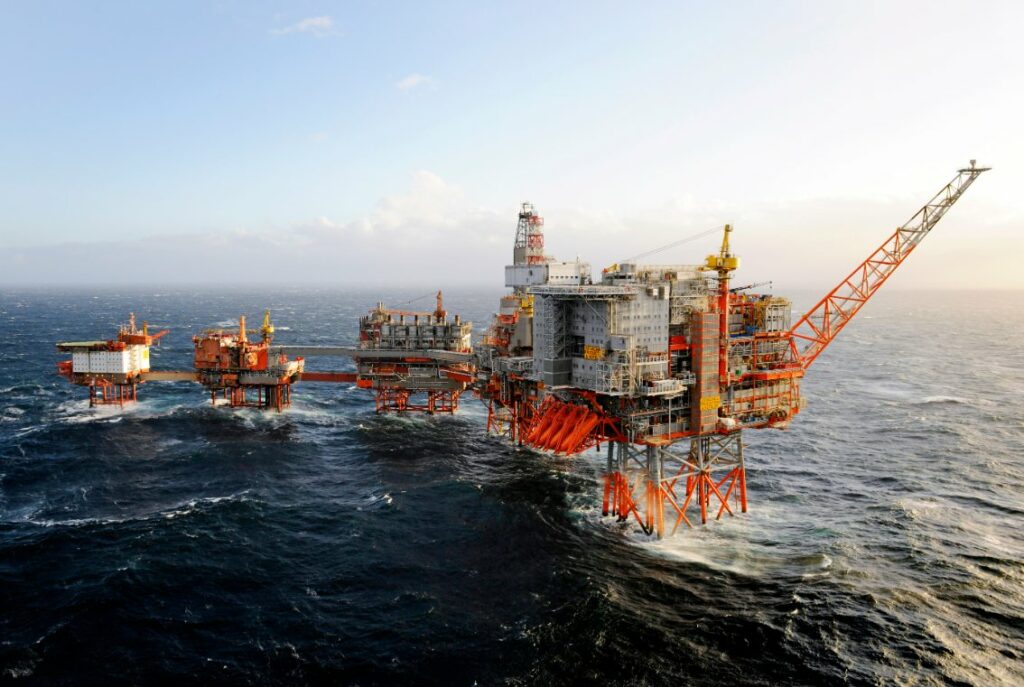