The UK’s petroleum regulator, the Oil and Gas Authority (OGA), has decided to scrutinise requests for flaring and venting of greenhouse gases offshore the UK to drive improved performance, aiming to help reach the country’s net-zero goals.

According to OGA’s statement, the volume of gas flared and vented in offshore upstream oil and gas production last year was equivalent to 3 per cent of all the natural gas produced in 2019.

While some venting, which is discharging gases to the atmosphere, and flaring, which is burning gases before they are discharged, is unavoidable for safety and operational reasons, more can be done to reduce this number, the regulator underlined.

As part of the OGA’s commitment to integrating net-zero considerations into its work, it is aiming to closely scrutinise operator flaring and venting requests – in both existing production and in new field development plans, the regulator stated.

The OGA has also now introduced benchmarking of flaring and venting data in order to drive improved performance across the industry.

The report acknowledges inconsistencies in assessment standards and calculation methods, recognising this as a key area of work going forward.

UK sees reduction in both flaring & venting in 2019

Some of the crucial findings of the report include the information that 42 billion standard cubic feet of gas (bcf) was flared in 2019 from offshore facilities.

Furthermore, 7 bcf of gas was vented on the UKCS in 2019 from offshore facilities. This was a 34 per cent reduction from 2018.

In 2019, on the UKCS 114 standard cubic feet of gas was flared for every barrel of oil produced (scf/bbl). This measure has fallen for two consecutive years and is 12 per cent down from 129 scf/bbl recorded in 2017.

Venting produces less than 1 per cent of UK offshore oil and gas CO2 emissions, but is responsible for around half of all offshore methane emissions.

This represents 1 per cent of total UK annual methane emissions (2018).

Hedvig Ljungerud, OGA Director of Strategy, said: “The OGA is looking to take a robust stance on flaring and venting – through its consents, field development process and project stewardship. While it’s encouraging to see a fall in volumes flared and vented, we believe there are clear opportunities for industry to go further to advance cleaner production.

“Our benchmarking has already been proven to raise performance levels in other areas, such as production and decommissioning cost efficiency, enabling operators to learn from good examples set by others and allowing us to focus our attention and interventions in the right areas”.

It is worth reminding that the UK has recently launched a review into future offshore oil and gas licensing regime with an aim to lead the way on tackling climate change and achieving net-zero emissions by 2050.

The review will ensure the government has the information needed to plan for future oil and gas production in the UK, in a way that is aligned with tackling climate change. 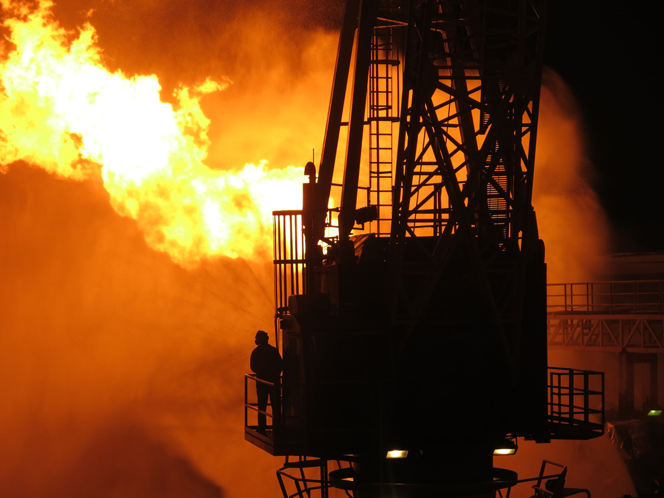