Photo: UK Prime Minister Boris Johnson during his speech at the Global Innovation Summit. Courtesy of the UK government

The UK government has launched its landmark net-zero strategy, outlining measures to lower its reliance on fossil fuels and transition to a green and sustainable future as part of its commitment to reach net-zero emissions by 2050.

The strategy comes as the country is preparing to host the UN COP26 summit at the end of next week where the Prime Minister will call on other world economies to set out their own domestic plans for cutting emissions.

Unveiled on Tuesday, 19 October 2021, the landmark Net Zero Strategy: Build Back Greener is setting out how the UK will secure 440,000 well-paid jobs and unlock £90 billion in investment in 2030 on its path to ending its contribution to climate change by 2050.

Building on the Prime Minister’s 10 Point Plan, today’s UK Net Zero Strategy sets out a comprehensive economy-wide plan for how British businesses and consumers will be supported in making the transition to clean energy and green technology – lowering Britain’s reliance on fossil fuels by investing in sustainable clean energy in the UK, reducing the risk of high and volatile prices in the future, and strengthening energy security.

According to the government, the commitments made will unlock up to £90 billion of private investment by 2030, and support 440,000 well-paid jobs in green industries in 2030. This will provide certainty to businesses to support the UK in gaining a competitive edge in the latest low carbon technologies – from heat pumps to electric vehicles – and in developing thriving green industries in industrial heartlands – from carbon capture to hydrogen, backed by new funding.

As part of the strategy, new investments include an extra £350 million of the country’s up to £1 billion commitment to support the electrification of UK vehicles and their supply chains and another £620 million for targeted electric vehicle grants and infrastructure. The government is also working to kick-start the commercialisation of sustainable aviation fuel (SAF) made from sustainable materials.

Furthermore, the investments include a £140 million Industrial and Hydrogen Revenue Support scheme to accelerate industrial carbon capture and hydrogen, bridging the gap between industrial energy costs from gas and hydrogen and helping green hydrogen projects get off the ground.

As reported earlier on Tuesday, the UK government selected two clusters to receive the funding and develop their proposed carbon capture usage and storage projects starting from 2025.

The government stated that these two carbon capture clusters will put the UK’s industrial heartlands at the forefront of this technology in the 2020s and revitalise industries in the North Sea – backed by the government’s £1 billion in support.

The announced investments also include an extra £500 million towards innovation projects to develop the green technologies of the future, bringing the total funding for net-zero research and innovation to at least £1.5 billion. This will support the most pioneering ideas and technologies to decarbonise homes, industries, land, and power.

The investments also include £3.9 billion of new funding for decarbonising heat and buildings, a £124 million boost to the Nature for Climate Fund, and £120 million towards the development of nuclear projects through the Future Nuclear Enabling Fund.

The policies and spending brought forward in the Net Zero Strategy mean that, since the Ten Point Plan, the UK has mobilised £26 billion of government capital investment for the green industrial revolution.

More than £5.8 billion of foreign investment in green projects has also been secured since the launch of the Ten Point Plan, along with at least 56,000 jobs in the UK’s clean industries – and another 18 deals have been set out at the Global Investment Summit to support growth in vital sectors such as wind and hydrogen energy, sustainable homes and carbon capture and storage.

Prime Minister, Boris Johnson, said: “By moving first and taking bold action, we will build a defining competitive edge in electric vehicles, offshore wind, carbon capture technology and more, whilst supporting people and businesses along the way. With the major climate summit COP26 just around the corner, our strategy sets the example for other countries to build back greener too as we lead the charge towards global net-zero.”

The Net Zero Strategy will be submitted to the United Nations Framework Convention on Climate Change (UNFCCC) as the UK’s second Long Term Low Greenhouse Gas Emission Development Strategy under the Paris Agreement. 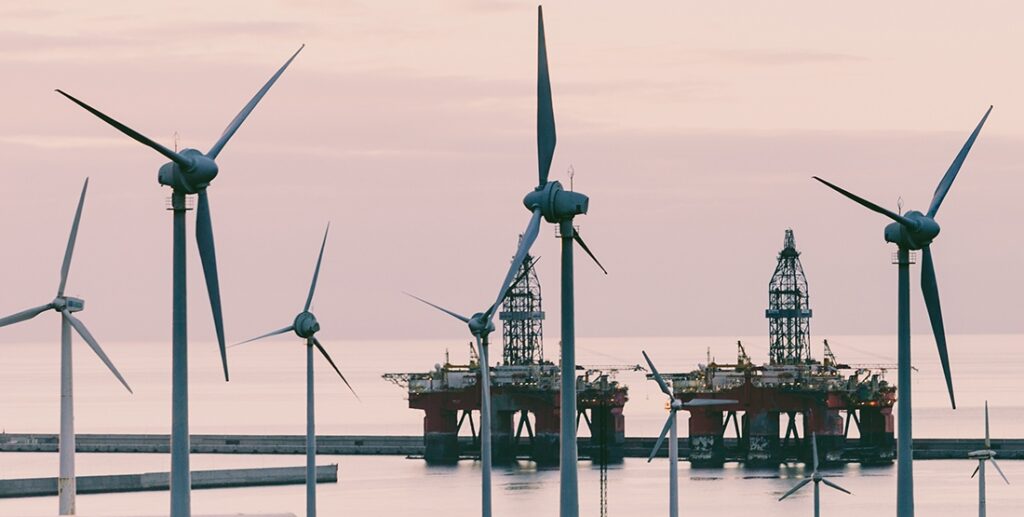