UK Prime Minister Boris Johnson has released a £12 billion plan for a ‘green industrial revolution’ that is expected to support up to 250,000 jobs.

Aside from mobilising £12 billion of government investment to create and support up to 250,000 highly-skilled green jobs in the UK, the ten point plan is also expected to spur over three times as much private sector investment by 2030.

The plan restates the UK government’s commitment for raising the offshore wind target to 40GW by 2030, which is expected to support 60,000 jobs.

Aside from offshore wind, Johnson set out the government’s intention to enable 5GW of low carbon hydrogen production capacity by 2030 for industry, transport, power and homes. To deliver on this, up to £500 million of new investment has been announced.

The plan also puts a focus on developing the cutting-edge technologies needed to reach the new energy ambitions, and make London the global centre of green finance.

It also supports ‘difficult-to-decarbonise industries’ on their way to becoming greener through research projects for zero-emission planes and ships. For greener maritime initiative, Johnson set aside £20 million that will be used to fund competition to develop clean maritime technology, through feasibility studies on key sites, including Orkney and Teesside.

Carbon capture and storage found its place in ‘green industrial revolution’ plan, whereby UK aims to become a world-leader by targeting the removal of 10MT of carbon dioxide by 2030. For this, an extra £200 million of new funding has been earmarked, in order to create two carbon capture clusters by the mid-2020s, with another two set to be created by 2030.

Other key parts of the plan will be driven forward by significant investment set out over the last year, including the £1 billion energy innovation fund to stay ahead of the latest technologies needed to reach new energy targets.

Boris Johnson said: “My ten point plan will create, support and protect hundreds of thousands of green jobs, whilst making strides towards net zero by 2050.

“Our green industrial revolution will be powered by the wind turbines of Scotland and the North East, propelled by the electric vehicles made in the Midlands and advanced by the latest technologies developed in Wales, so we can look ahead to a more prosperous, greener future”.

Aside from the above mention initiatives, the plan also covers the acceleration of nuclear deployment, electric vehicles uptake, as well as protecting and restoring natural environment.

Watson said: “The Prime Minister’s recognition that renewable energy is at the heart of a green industrial revolution is to be welcomed. It remains vital, however, that the infrastructure and regulation changes required to underpin the required shift are prioritised, with proposals to alter to the way the electricity network is paid for currently meaning Scottish generation faces a complex future.

“The UK needs a diverse range of power generation, both in terms of technology and geography, to provide the energy needed to realise these plans, so recognition of Scotland’s first-mover advantage in innovative technologies is also positive. More support to cement that advantage, particularly for tidal and wave energy, is also required.

“The development of green hydrogen will complement increasing electrification of the energy system by creating a more flexible, resilient and integrated system, and plans for its growth are welcome.

Commenting on the plan, Melanie Onn, RenewableUK’s Deputy Chief Executive, said: “Offshore wind is set to become the backbone of the UK’s electricity system, providing over a third of our power by 2030, and we can rapidly develop green hydrogen to decarbonise shipping, aviation and industry.

“The Prime Minister’s new 2030 hydrogen target is a vital signal to investors and the market, and we will work with Government to ensure our world-leading renewable hydrogen technologies play a full part in meeting that target.

“We know that reaching net zero emissions is going to mean transforming our energy system and large parts of our economy, and the Prime Minister’s Ten Point Plan is a vital step forward. Industry and Government are work closely together to secure the of billions in private investment in clean energy infrastructure, and the tens of thousands of high-quality green jobs across the UK to build it”. 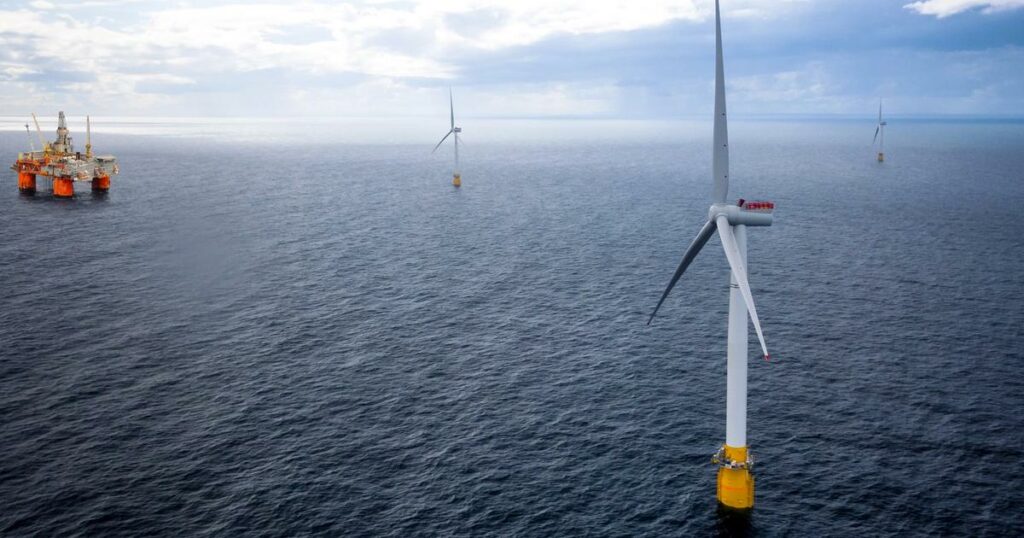