Dana Petroleum has said that it has made a ‘significant gas discovery’ at the Platypus prospect in the UK Southern North Sea.

The Dana operated 48/1a-5 well was drilled in a water depth of approximately 142ft to a total measured depth of 11,048ft, targeting a high quality Rotliegend age, Lower Leman prospect.

The well encountered some 218 vertical feet of good quality gas bearing sands and an extensive set of wireline log data is being acquired over the reservoir section, the company said.

According to Dana, preliminary analysis indicates that the reserves discovered are in line with pre-drill estimates of approximately 130 billion cubic feet of gas. The Leman is the major producing reservoir in the Southern North Sea, and Dana is already producing gas from this reservoir horizon at the Johnston, Victor and Anglia fields.

The Leman is also the reservoir in the Babbage field, which is currently being developed by the company, with first gas expected in mid 2010.

Following completion of the logging, a multi-rate drill stem test will be performed. The complete well data-set will then be fully analyzed and development options assessed, the company said.

The 48/1a-5 well will be suspended for potential re-entry and future use as a gas production well. The Transocean GSF Labrador drilling rig will then move to the Monkwell prospect in block 42/29a, which is also operated by Dana.

Tom Cross, chief executive of Dana, said: “Dana is delighted to report a significant gas discovery at Platypus, which is the first target in its ongoing three well UK Southern North Sea program. The Platypus gas field is situated in shallow water, with good reservoir quality and in close proximity to existing infrastructure.

“These are all very positive factors in respect of moving ahead with a gas development. This success also significantly improves the potential for further exploration in the block, including the adjacent Possum prospect.” 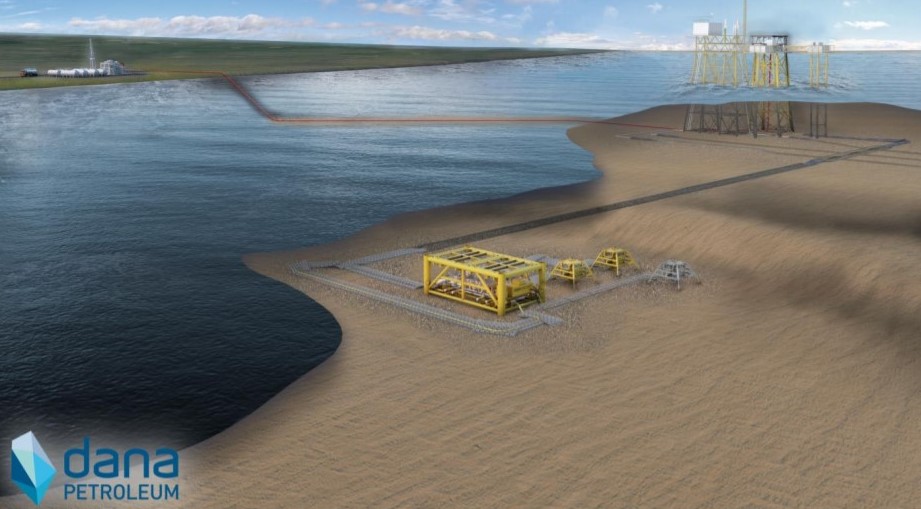