The National Subsea Centre (NSC), a center of excellence for subsea research and technology development established to provide advanced research to accelerate the transition to net zero, has officially opened in Aberdeen.

The multi-million-pound center was delivered through a partnership between Robert Gordon University (RGU) and Net Zero Technology Centre (NZTC), as part of the Aberdeen City Region Deal (ACRD).

Driven by key industry challenges and the development of challenge-led research, the center focuses on three strategic research programs, including Transparent Ocean, Integrated Energy and Marine Operations, each delivered through interdisciplinary research projects in the fields of subsea engineering, artificial intelligence, data science, and integrated energy.

Colette Cohen, CEO of the Net Zero Technology Centre, said: “We are delighted to be working in partnership with Robert Gordon University to establish the National Subsea Centre. This collaboration reinforces Aberdeen’s position as a leader in subsea and will accelerate the research into and deployment of new technologies to tackle subsea engineering challenges, moving Scotland and our sector closer towards its net zero targets.”

According to RGU, the center explores the new technology needed by the energy industry to meet challenges of reduced emissions from operations, cost-effective and resilient power grids and the need to develop a highly skilled digital workforce.

The NSC is currently working with NZTC on a number of projects, including the SeaSense project which will develop technology that allows remotely operated vehicles (ROV) to function in harsh, visually compromised environments.

The two centers are also collaborating on NZTC’s Data for Net Zero (D4NZ) project which will deliver the first-ever Smart Energy Basin by using an integrated suite of data science, visualization and modeling tools.

“The North East of Scotland has a wealth of skills and infrastructure and with investment in new technologies it will lead the transition to the secure, sustainable net-zero energy industry our country needs,” said UK Government Minister for Scotland, Malcolm Offord.

“This fantastic new facility will undertake important research on the subsea technologies that underpin so much of our offshore energy potential.”

The UK Government is supporting the National Subsea Centre through a combined investment with the Scottish Government of £180 million in the NZTC. 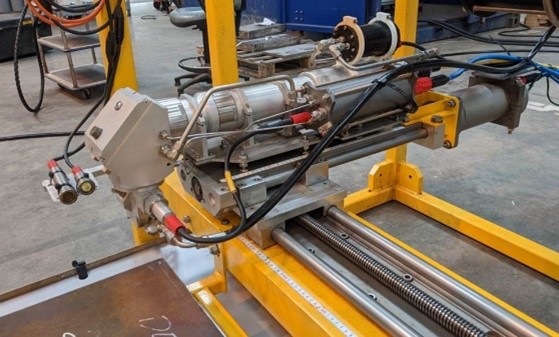