“The Department of Justice and the Federal Trade Commission have approved the merger,” said Hapag-Lloyd spokesman Rainer Horn.

“We are still awaiting approvals from a number of other regulatory bodies.”

Sources close to the deal expect the approvals of the Chinese regulatory bodies, and the European Commission within the next couple of months.

Following the integration, the new Hapag-Lloyd will rank among the four largest liner shipping companies in the world, operating some 200 vessels with a total transport capacity of around one million TEU, an annual transport volume of 7.5 million TEU and a combined turnover of 9 billion Euros (USD 12bn).

The company’s head office will remain in Hamburg. In addition, Hapag-Lloyd will have a strong regional office in Chile for its Latin America business.

In return for contributing its container business, CSAV will become a new Hapag-Lloyd core shareholder besides HGV (City of Hamburg) and Kühne Maritime. CSAV will initially hold a 30% stake in the combined entity. 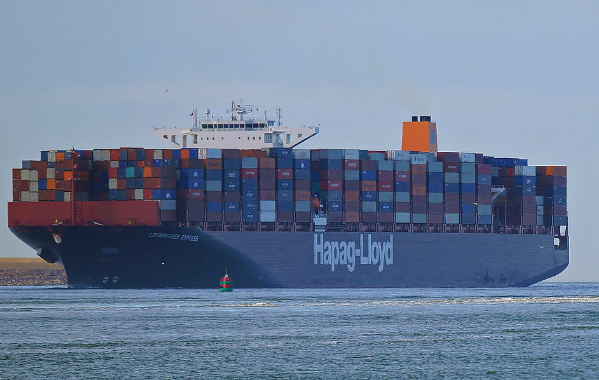