Delfin LNG said it has last week submitted an application to the Maritime Administration and the United States Coast Guard to construct, own, and operate the Delfin LNG project under the Deepwater Port Act.

The primary purpose of the proposed project is to provide a facility to liquefy natural gas for export to free trade agreement and non-FTA nations under authorizations from the US Department of Energy, Delfin LNG said in the application.

Delfin is seeking authorization to construct, own and operate a deepwater port capable of exporting up to 443.3 billion cubic feet per year of natural gas or approximately 9.2 million metric tonnes per annum of LNG.

The proposed Port Delfin will be located approximately 50 miles off the coast of Cameron Parish, Louisiana, and it will be the first LNG export deepwater port project in the United States, according to the application.

The project proposes to construct an onshore compressor station and use existing, underutilized pipeline infrastructure in the Gulf of Mexico to transport natural gas to four moored floating liquefied natural gas vessels (FLNGVs).

Delfin also has submitted an application with the Federal Energy Regulatory Commission for the onshore components of the project.

The company has signed a joint development agreement with Höegh LNG of Norway to act as a co-owner, owner’s engineer, and operator of the FLNGVs. 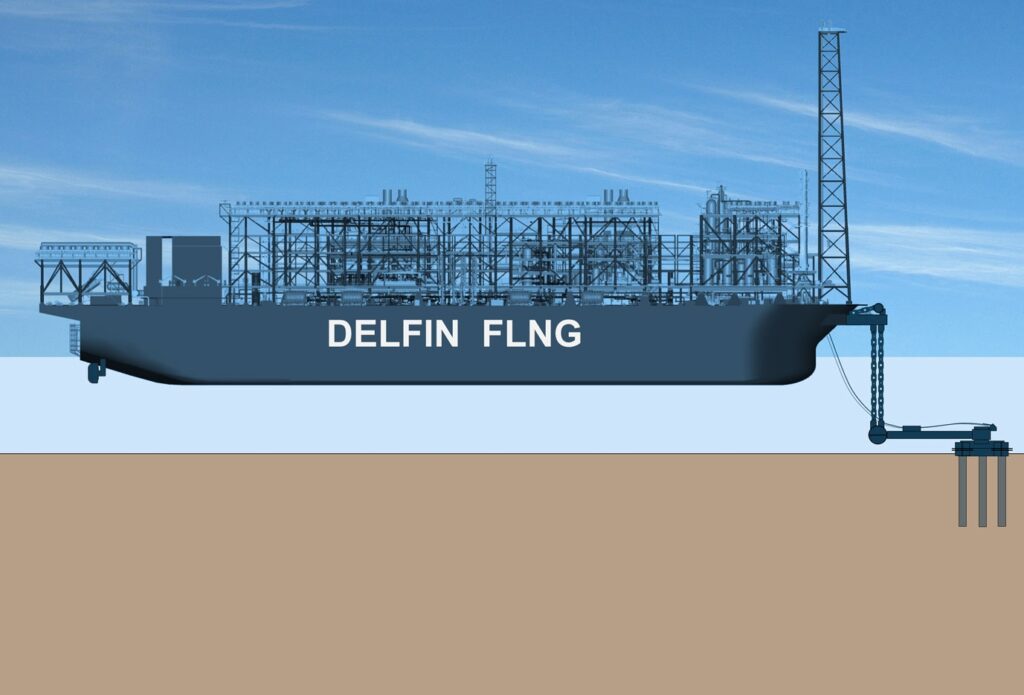