Leni Gas & Oil plc yesterday announced plans for additional drilling at the Eugene Island Field in the US Gulf of Mexico. The Company has approved the first of a number of projects designed to tap into undeveloped reserves within the Eugene Island-184 leases operated by Marlin Energy LLC (“Marlin”) where LGO holds a 7.25% working interest.

A program of two sidetracks targeting reserves in the Tex-X2 and Tex-X3 reservoirs has been proposed by Marlin, commencing with a sidetrack of the A#2 well to the Cranberry Creek prospect. This will be followed by a sidetrack to a separate proven undeveloped attic oil reserve in the Tex-X3 reservoir which will most likely be conducted from the A#3 well.

Work will start almost immediately with preparatory operations in the A#2 well to abandon the existing well below 7,600 feet ahead of the arrival of a drilling rig, Ocean Columbia. The rig is scheduled to be on site by early January 2012.

The A#2 sidetrack is targeted to reach a downthrown fault block which Marlin considers to have good seismic amplitude support on the available 3D seismic data. The fault block has an estimated mean recoverable reserve of 0.5 million barrels of oil within the primary, Tex-X2, target level at a depth of approximately 13,000 feet subsea. The slightly deeper Tex-X3 reservoir will also be tested by the well. Both reservoirs are productive in other wells throughout the field.

The cost of drilling, logging and evaluating the A#2 sidetrack is estimated to be $280,000 net to LGO’s interest. Additional costs will arise for production completion of the well if successful.

“We are delighted to participate in these opportunities which were deferred from 2010. We feel confident that Marlin has the expertise to successfully bring these additional reservoirs on-stream. The incremental production is expected to be realised quickly with a short payback period on the investment.”

The Eugene Island Field is located 50 miles offshore Louisiana in approximately 80 feet of water, and is operated by Marlin Energy LLP on behalf of the joint venture with Byron and LGO. 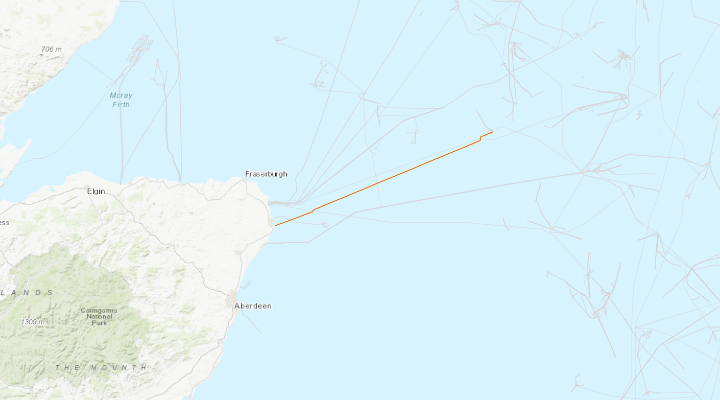