The U.S. Army Corps of Engineers, Norfolk District, has released a draft feasibility report for addressing coastal storm and flood risk to vulnerable property, populations, ecosystems, and infrastructure in the City of Norfolk, VA.

The Draft Integrated Feasibility Report and Environmental Impact Statement, proposes $1.8 billion in improvements that include a combination of structural, nonstructural, and Natural and Nature-based features (NNBFs) to reduce flood risk across large segments of the city, said USACE.

The public is invited to review, provide comments, and attend an open-house style meeting to learn more about the study and the document on 5:30 to 8 p.m., on November 16, 2017 at the Attucks Theater in Norfolk.

The Norfolk Coastal Storm Risk Management Study, conducted in partnership with the City of Norfolk,  is a comprehensive 3-year, $3 million investigation of coastal storm risk management problems and solutions in Norfolk. 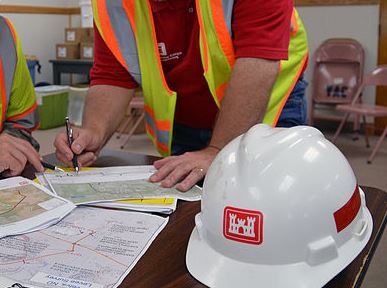