As described, instant pile positioning verification was carried out by installing the Canopus LBL transponders on top of a centring frame which was placed on top of each of the piles that made up the wind turbine foundations (three piles per turbine).

The Canopus transponders then measured and logged the distance separating them by sending acoustic interrogations to each other. The logged data was then transferred to the Ramses LBL transceiver and sent back to Delph Subsea Positioning global supervision software that generated reports from all received baselines.

The subsea positioning solution, which was also deployed on oil and gas and renewable projects, can be used on multiple offshore applications such as metrology or ROV/AUV positioning and is easy to integrate into an existing pool of equipment.

Hans-Willem Deleeuw, sales manager at iXblue, explained that Van Oord was able to retrieve accurate measurement data 20 minutes after the Canopus transponders had been installed on the piles resulting in the overall baseline measurement to be conducted in less than three hours for all four piles installed at the time.

The construction work on the Saint-Brieuc offshore wind farm began in May 2021 with pile installation for the project’s jacket foundations.

The pre-trenching campaign along the inter-array cable routes in the northern part of the wind farm was completed on 14 August 2021, five weeks ahead of schedule.

Once operational in 2023, the 496 MW offshore wind farm, which will comprise 62 Siemens Gamesa 8 MW turbines, is expected to produce 1,820 GWh of electricity per year. 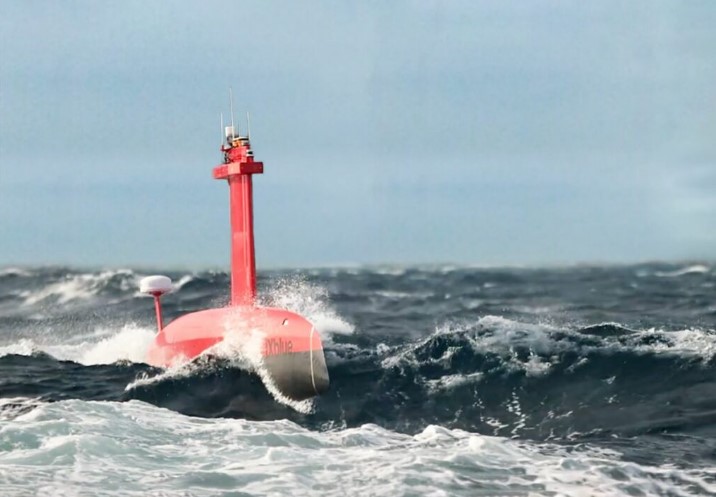