Vantage also announced that the Sapphire Driller has received a Letter of Intent for an eighteen month contract plus options to work in West Africa. This contract will replace the previously announced two-year Letter of Award, as Vantage was unable to satisfactorily resolve significant contract issues with the previous customer. The estimated revenue over the initial eighteen month term of the contract is approximately $100.4 million, including mobilization.

Also, Vantage provided an update for Sigma Drilling Ltd. (Sigma) which is contracted to build the ultra-deepwater drillship, Palladium Explorer, at the STX Offshore & Shipbuilding Co. Ltd. (STX)’s yard in South Korea. As has been widely reported, STX has commenced, with the support of the Korean Development Bank and its other banks, to significantly restructure STX’s operations and finances. In connection with these restructuring efforts, STX has currently suspended construction efforts for the Palladium Explorer. Sigma and Vantage are discussing with STX the possible means for execution of the remaining contracted work scope. It is anticipated that an agreeable work plan would result in a delivery in the first or second quarter of 2016. If a new work plan acceptable to Sigma and Vantage is not agreed, it is possible that the contract with STX will be terminated and refund guarantees will be claimed along with other available remedies. Sigma’s investment in the Palladium Explorer is covered by a refund guarantee provided by a Korean bank.

Vantage also noted that it is winding down its efforts with respect to construction oversight of the Dalian Developer, which Vantage has been providing at a shipyard in China on behalf of its customer. Vantage plans to provide additionally limited support, as necessary, and is to receive another six months of revenues from the project. 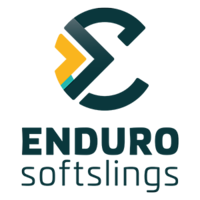