Norwegian oil and gas company Vår Energi plans to launch an initial public offering (IPO) and listing of shares on Oslo Børs in a bid to access the Norwegian and international capital markets and diversify ownership structure.

Vår Energi revealed on Monday that it intends to launch the IPO process and apply for a listing on Oslo Børs, as the firm believes this will enable the pursuit of future growth opportunities.

Torger Rød, the CEO of Vår Energi, who is also a board member of the Norwegian Oil and Gas Association (NOROG), explained: “An initial public offering and listing is a natural next step for Vår Energi in realizing our full potential and delivering long-term value creation to a wider group of stakeholders.”

Moreover, Vår Energi’s current shareholders, Eni –  through Eni International – and HitecVision – through Point Resources Holding – consider the listing to be an important step in the development of the firm as the IPO is expected to provide access to the Norwegian and international capital markets, allowing the company to diversify its ownership structure and create a strong long-term shareholder base, including employee-engagement.

Tor Espedal, Senior Partner in HitecVision, commented: “This is a great milestone for Vår Energi, and the realization of our ambitions when we started building it to become one of the leading E&P companies in Norway.  We are proud of the company’s achievements so far, and I would like to thank both our partners in Eni, Vår Energi’s management, and in particular all employees of Vår Energi.”

The firm stated that this IPO announcement comes on the heels of the previous one, which was made by the two shareholders on 26 October 2021, in regards to their intention of initiating a strategic review regarding the future ownership structure of Vår Energi, ensuring a better pursuit of future growth and maximisation of value creation.

Francesco Gattei, Eni CFO, remarked: “Vår Energi represents Eni’s more than five decades of engagement on the NCS and our contribution to creating a leading energy company with a clear growth strategy and strong partnerships in a very attractive region. This provides a solid foundation for long-term value creation and shareholder returns, and we look forward to continuing to support Vår Energi as a majority shareholder in this ongoing success story”.

The firm further explained that the IPO is expected to consist of a private placement and public offering to investors in Norway, Sweden, Finland, and Denmark and a private placement to institutional investors outside Norway and the USA. It is also is expected to consist of a sale of existing shares by Eni and HitecVision, who currently own 69.85 per cent and 30.15 per cent, respectively, of Vår Energi’s outstanding shares.

Furthermore, Eni and HitecVision intend to remain active and committed owners following the IPO, with Eni intending to retain a majority stake while preserving equity accounting. The two shareholders are committed to strengthening Vår Energi’s position on the NCS.

The IPO is subject to receipt of the relevant approvals from Oslo Børs and the Norwegian Financial Supervisory Authority, as well as prevailing equity capital market conditions.

The company reported that its average net production for the three months ended 30 September 2021 was 247,000 boepd, with gas accounting for 37 per cent, making Vår Energi the second-largest natural gas exporter from the NCS.

“Our leading NCS position is founded on a unique track record, scale, operational excellence and strong partnerships. We believe oil and gas will continue to be part of the energy mix for decades to come, and the current gas market developments in Europe confirm our view that a reliable and safe supply of natural gas from Norway to Europe will be crucial,”  added Rød.

“The NCS will remain one of the most attractive regions for exploration and production globally due to cost competitiveness, a stable regulatory environment and low emissions. This is reflected in our target of becoming a net-zero producer by 2030 (scope 1 and scope 2),” stated Rød.

To this end, Vår Energi and Equinor started in January 2022 a five-year helicopter-sharing agreement in the North Sea in a push to reduce costs and the environmental footprint of crew transport.

The firm also informed that it has a differentiated hub strategy, world-class exploration capabilities and a strong organic production growth outlook, targeting net production of 350,000 boepd by the end of 2025, which is supported by an investment-grade balance sheet and a strong focus on shareholder returns.

“With a robust and diversified portfolio of operations and assets across all parts of the NCS we have set ambitious growth targets,” concluded Rød. 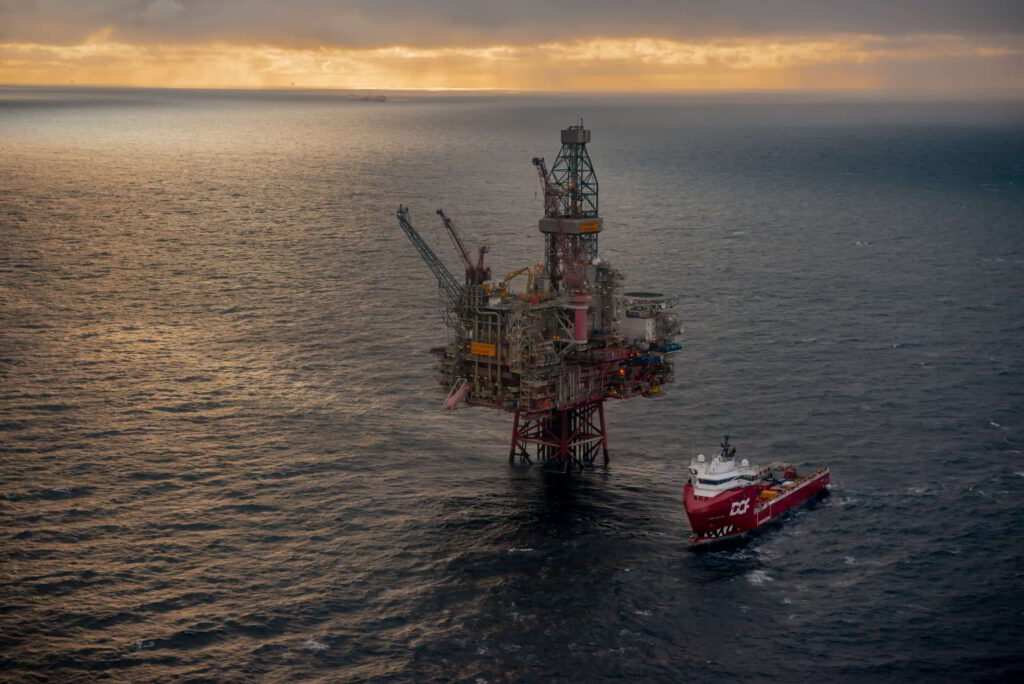