Venture Global LNG has secured an approval from the U.S. DOE to export about 244 Bcf/year of LNG over a 25-year period to nations having an FTA with the United States.

The export request by Venture Global LNG has been filed on May 13, 2014. LNG would be exported from the company’s proposed liquefaction and LNG export terminal project.

The project will be located on an approximately 109-acre site at the entrance of the Calcasieu Ship Channel in Cameron Parish, Louisiana. It is also located near various major interstate and intrastate natural gas pipelines which would allow Venture Global customers to be sourced from multiple sources, according to the company.

The company plans to build a facility with modular LNG trains utilizing single mixed refrigerant cooling systems. A moon pool and berthing terminal accommodating vessels with an LNG carrying capacity up to up to 185,000 m3 and two full containment LNG storage units for up to 24 days of production, with a capacity of 190,000 m3 each are also planned for the facility. 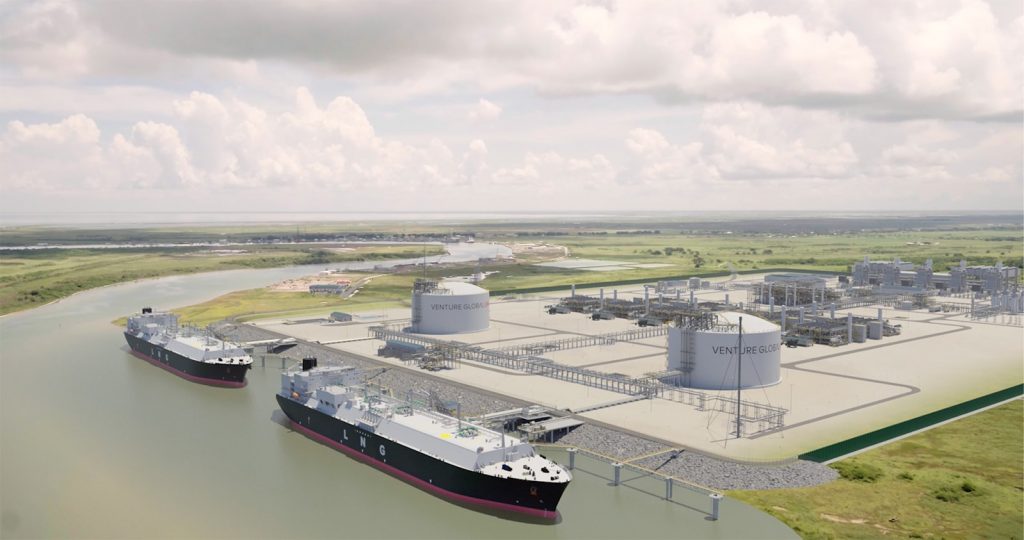