Venture Global LNG is to start site preparation works at its proposed Plaquemines liquefaction plant in Louisiana following an approval by the US energy regulators.

FERC on Monday approved a request filed by Venture Global LNG earlier this year “to proceed with initial mobilzation and limited site preparation” for the Plaquemines LNG project.

The US company plans to start preparation works at the site in Plaquemines Parish, Louisiana, in mid 2020 before financial close on the project in late 2020.

Venture Global previously said it expects commercial operations at the facility to begin in 2023.

When fully developed, Plaquemines LNG will have an export capacity of up to 20 million tonnes per year.

The project includes up to thirty six 0.626 MTPA liquefaction trains, configured in eighteen blocks, four tanks and three jetties, according to the US company.

Venture Global is also developing the 10 MTPA Calcasieu Pass facility in Louisiana where it recently lifted the roof of the second storage tank.

The company’s third project Delta LNG, also planned in Louisiana in Plaquemines Parish, will have a 20 MTPA capacity. 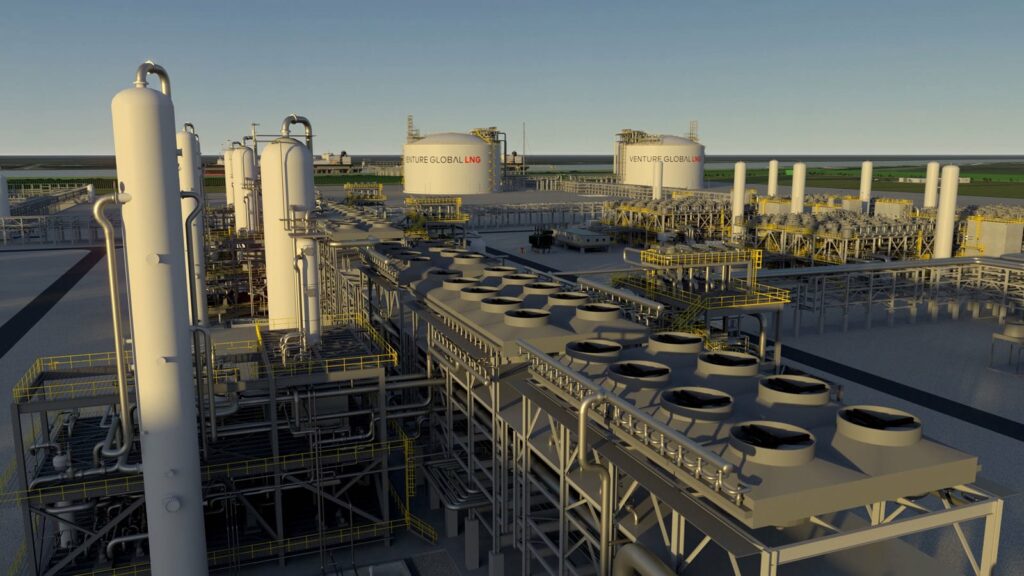