This major project milestone was completed nearly three months ahead of schedule and comes a mere nine months after the project’s final investment decision (FID).

The contactor air raised the 1.8 million pound tank dome and assembly into place on Tuesday, May 19, less than a month after the raising of the first LNG tank roof on April 24.

The tank dome was raised in one hour and 20 minutes using 0.25 psi of pressure, Venture Global said in its statement.

The contractor has already installed key components of the gas-insulated switchgear (GIS). The site has also begun receiving and setting modules for the air-cooled condenser (ACC).

To remind, the Calcasieu Pass facility is under construction at the intersection of the Calcasieu Ship Channel and the Gulf of Mexico.

Once fully built it will have a 10 mtpa LNG production capacity. 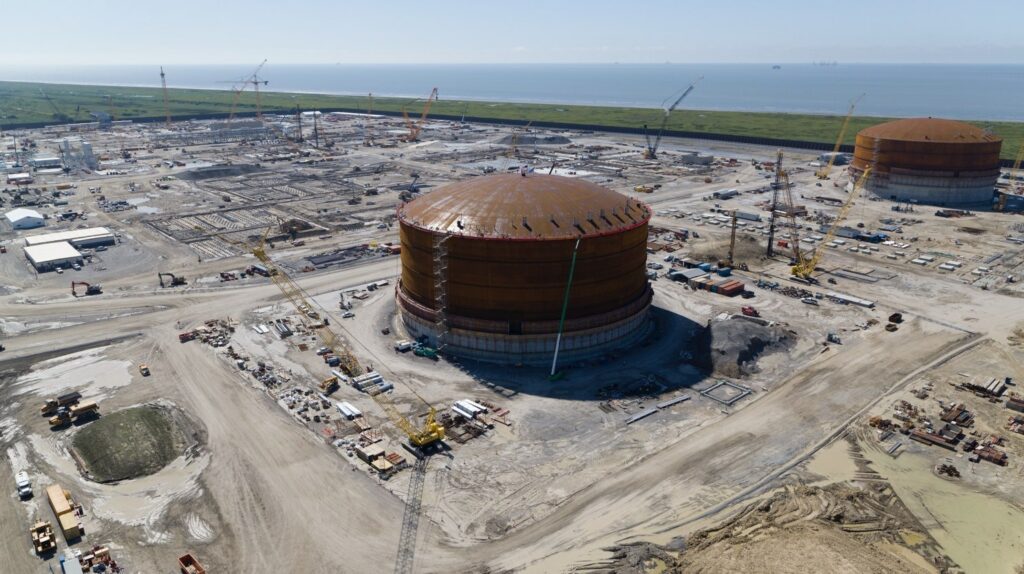