The FPSO left the shipyard over the weekend to undertake final preparation, commissioning activities and checks prior to sailaway. According to Inpex’s statement on Wednesday, the vessel is now en route to the Ichthys gas-condensate field offshore Western Australia, following the completion of shipyard commissioning and preparation work.

Inpex is currently leading the development of the Ichthys LNG Project as the operator in the Commonwealth of Australia alongside its project partners.

Inpex aslo said that the FPSO will be towed to the Ichthys gas-condensate field approximately 5,600 kilometers distant from Okpo, South Korea over a period of approximately one month, after which it is scheduled to undergo hook-up.

The facility, which is 336 meters long and 59 meters wide, will undertake the role of temporarily storing condensate separated and produced by the Central Processing Facility (CPF) named Ichthys Explorer located offshore approximately 3.5 kilometers away and offloading the condensate to buyers’ tankers, and is a key facility of this project that is expected to be operational for 40 years.

The CPF arrived at the Ichthys gas-condensate field on May 29 of this year following a 34-day towing operation, and having completed mooring, is currently undergoing hook-up and commissioning work.

Most condensate will be transferred from the CPF to the FPSO for offshore processing, with the remainder sent to Darwin with the gas via the project’s 890 kilometer gas export pipeline.

More condensate will be extracted from the gas at the onshore plant in Darwin. Once in the field, the FPSO and CPF will be linked by an electric cable, allowing power supply to flow from each facility as a contingency measure as required. 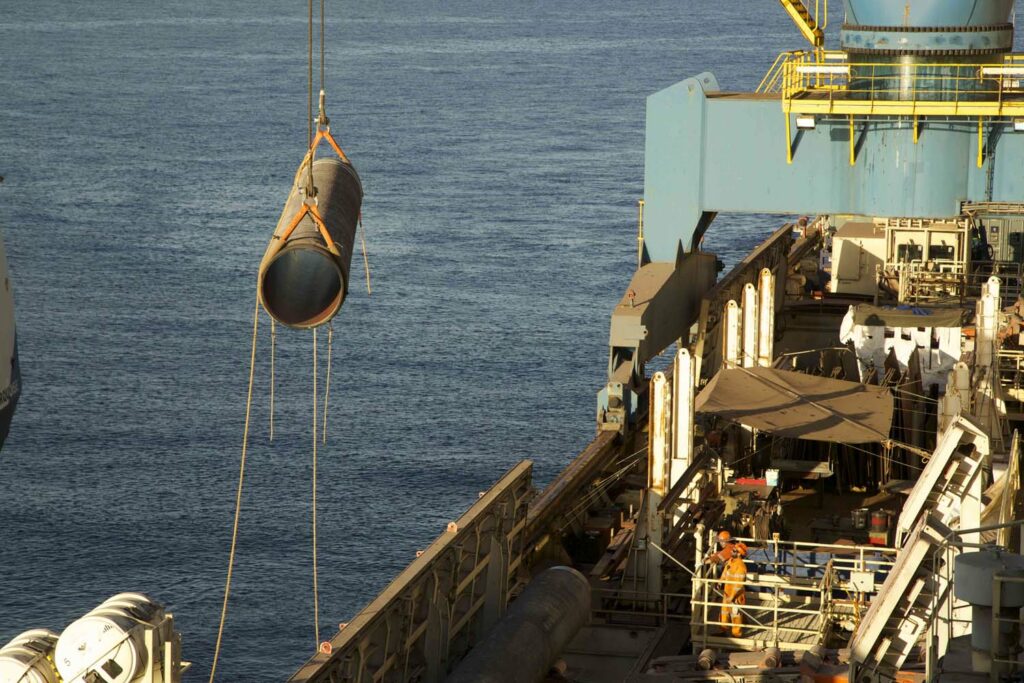