Over the past couple of decades, natural gas has become a fuel of choice for power generation. One way of increasing the availability of NG is through the use of liquefied natural gas. Global LNG trade is expected to grow by 30% in the coming few years. In connection to LNG production growth, receiving and re-gasification capacity must grow as well.

A substantial part of this growth will come from the development of small-mid scale LNG receiving and re-gas terminals. This demand for LNG terminals is particularly relevant in places where the gas infrastructure is under-developed, but the demand for gas-fired power generation and natural gas for other industrial uses is big. LNG has also become a serious alternative as fuel for marine transportation sector.

To address these developments in Asia, Wärtsilä has confirmed its support as the Industry Thought Leader Sponsor for the 3rd Annual Asia Pacific Small & Mid-Scale LNG Forum. Wärtsilä will speak alongside GE Water & Power on the session “Using Small-Mid Scale LNG Ventures to Generate Power to Industry, Remote Communities and Baseload Top-up”.

“Wärtsilä, with its recent acquisition of LNG expert Hamworthy, has expanded its contribution to the entire value chain on LNG industry. In addition to be gas power plant solution providers, we are deeply involved in gas liquefaction, LNG transportation and re-gasification activities having state of the art process solutions and EPC capabilities for most of the LNG related activities,” states Sushil Purohit, Regional Director South-East Asia & Australia, Wärtsilä Power Plants.

“One of the new business opportunities where Wärtsilä is active is small-mid scale LNG receiving and re-gasification terminals. These terminals are especially suitable for feeding NG to local industries and in some cases to a single consumer such as power plant for decentralized electricity generation. We have developed standard solutions for receiving and re-gasification terminals capable of feeding NG as a fuel for power plants in a range of 10 to 600 MWe. These terminals range from few thousand cubic meter steel tank configurations to more than 100.000 m3 concrete full containment atmospheric storage tank systems.”

“To develop the small-mid scale LNG value chain in Asia, we are building up an interesting concept of satellite LNG Terminals. In this concept, there will be one larger central LNG Terminal servicing an adjacent larger power plant, with an output over 200 MWe. In addition, this central terminal is acting as a distribution hub for several smaller terminals within the region, which could be located e.g. on islands or remote areas where the gas infrastructure does not yet exist. These satellite terminals can feed NG for local industries or be single purpose fuel systems for smaller power plants in the 10 to100 MWe1range. Local distribution would be done by a purpose sized LNG carrier that is shuttling between the main hub and satellite terminals.”

“We would like to introduce this satellite concept to the industry at the upcoming APAC LNG Forum. It would bring considerable economical benefits in project realization. These benefits can be achieved through synergies in integration of LNG Terminal and power plant deliveries into one common project. The benefits can be seen both on CAPEX and OPEX side of the project life time feasibility. The benefit of working through one supplier shortens also the project time line and reduces the interfaces and risks between various stakeholders thus bringing additional efficiency into the project execution,“ concludes Sushil Purohit.

Purohit will be one of 30 experts, who will provide their thought leadership at the APAC LNG Forum from 14 – 16 May in Singapore. The Forum will address commercial drivers and technical applications for the development of Asia Pacific’s small-mid scale LNG value chain. 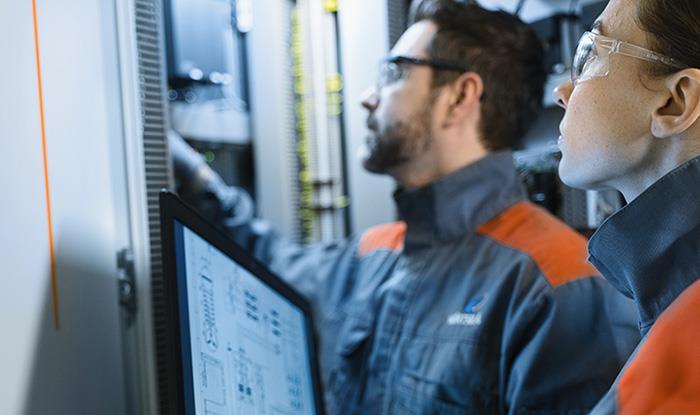