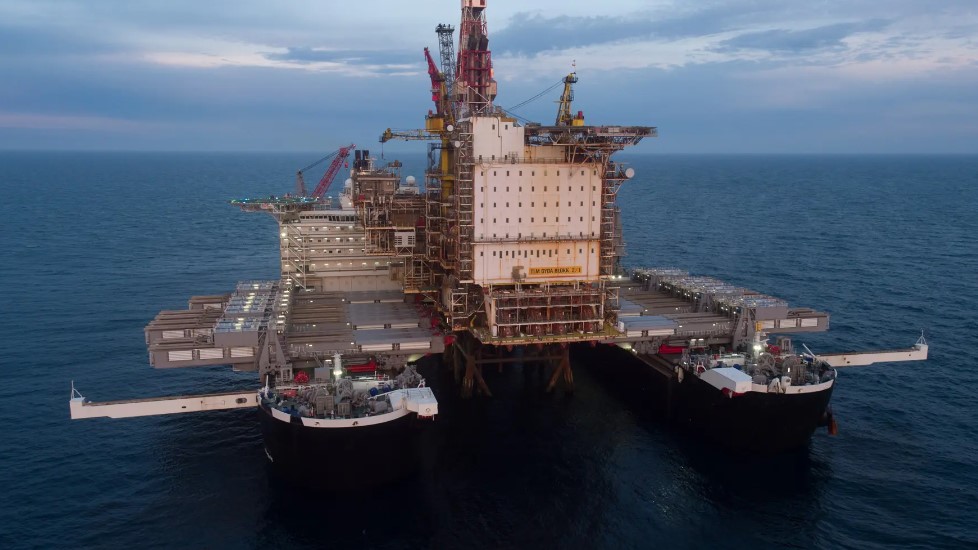 Earlier this summer, Allseas’ giant heavy-lift vessel Pioneering Spirit completed the decommissioning of Repsol Norge’s Gyda platform from the North Sea and the company has now launched a video of this operation.

In a matter of days, the world’s most advanced offshore vessel removed the platform’s 18,400-tonne topsides and 11,500-tonne supporting jacket and delivered the structures to a yard in Norway for recycling.

Split across two campaigns to allow for the vessel’s busy schedule, Pioneering Spirit completed the removal, transport and load-in to the disposal yard of the entire Gyda platform, its 32 conductors and template in 12 days.

According to Allseas, the Gyda removal campaign had some special characteristics. At 11,500 tonnes, the jacket lift was one of the heaviest in history. Vertically fabricated and installed back in the early nineties, the structure could not sustain loading in the horizontal position during transport.

Allseas’ Jacket lift system offered a solution: transporting the jacket in a near-vertical position (60 degrees) and direct load-in to the quayside.