IAG cable system are due to begin in 2016, whereby the project is scheduled to be brought online before the end of 2017.

Prior to the project kickoff, SOC is scheduled to take delivery of its new cable lay vessel (CLV) Siem Aimery in 2015, animated in this video alongside a 74 meters long ISV Siem Moxie, previously delivered in 2014.

In April 2013, Siem Offshore entered into a shipbuilding agreement with Remontowa Shipbuilding in Poland for the construction of a dynamically positioned CLV Siem Aimery.

The CLV was designed by VARD Design and will have an overall length of 95.3 meters, a breadth of 21.5 meters, a cable payload of 4,250 tons and an accommodation for 60 persons. 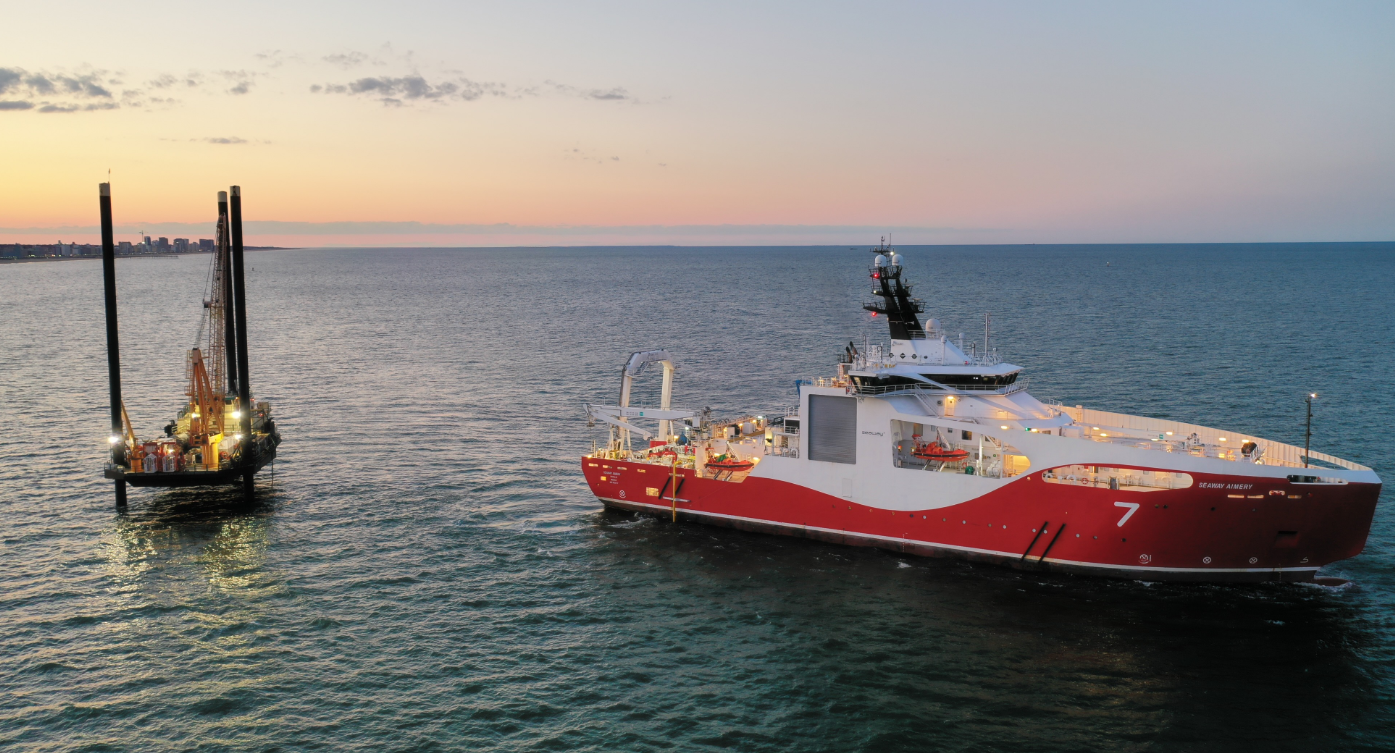