When Scarabeo 8 is to change its BOP this fall, Port of Tromsø and Westcon will perform the job. The latter knows the rig especially well. It was completed at Westcon Yard in Olen, and rig manager Malvin Eide looks forward to the reunion.

When Scarabeo 8 arrives to the Port of Tromsø this fall, it will not be first time onboard for many of Westcon’s specialists. The drilling rig arrived at Westcons yard in Olen in November 2010, where it was completed and ceremoniously named.

“Scarabeo 8 is an advanced drilling rig that Westcon knows better than most. When it was in Olen, we worked closely and integrated with the rig owner Saipem. Along with the Port of Tromsø we look forward to once again work together with the rig owner and the reunion with the rig”, rig manager Malvin Eide at Westcon says.

Scarabeo 8 operates in the Barents Sea and to minimize the sailing distance a quay in the north was chosen when the blowout preventer (BOP) is to be changed. The rig is today equipped with a BOP constructed for deep water drilling. After completion of the deep water drilling, the rig will return to production drilling at Goliat. There will not be necessary to have such a large and heavy BOP, and a new, lighter version is ready for installation at the quay in Tromsø. Malvind Eide at Westcon says that Westcon has good experiences working with rig projects far away from the “home quay” in Ølensvåg, Rogaland.

“Westcon is a total supplier and shall be the preferred yard for our customers. In addition to our yards along the coast, we now have long experience completing effective rig projects far away from “home”. Among others Westcon completed repair work on the rig “Eirik Raude” while in the Canary Islands”, Eide says.

For the job on Scarabeo 8, the Port of Tromsø has partnered up with Westcon, and will in addition to quay provide logistics, infrastructure and marine operations. The work on board of the rig, Westcon will provide for. Port director of the Port of Tromsø, Halvar Pettersen, looks forward to welcome the rig and the cooperation with Westcon.

“We have the infrastructure and the quality that makes us well equipped for this type of rig projects. We hope and believe we will welcome more rigs in the future”, Pettersen says.

He also point to the potential positive spillover effects for the local businesses of Tromsø of a rig project such as Scarabeo 8.

“It is important for the regional businesses that we now have can provide for rig projects. For the Port of Tromsø this also means that we have a new business segment that will contribute to extended activity.”

Scarabeo 8 will arrive in Tromsø in late September/early October. 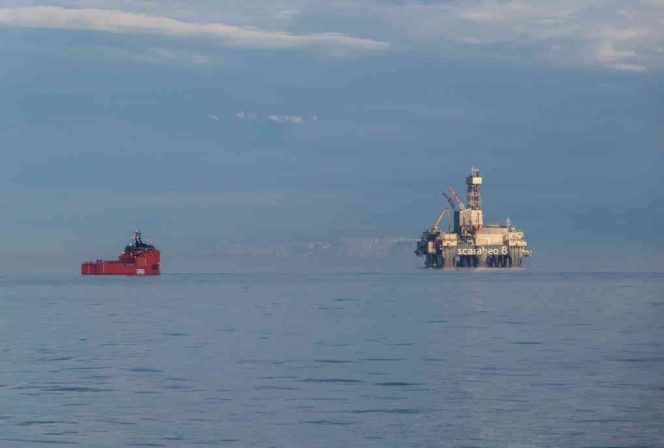