Wind propulsion gaining ground in the transition to zero-emissions ships

The black swan year of 2020 has brought many challenges for the shipping industry, including the ongoing crew change crisis, but it has also shown how the sector can be resilient in the face of adversity and pressure.

Gavin Allwright, Secretary-General of the International Windship Association (IWSA), explained that the lessons learned during the pandemic bode well with the decarbonizing future.

“Resilience is one, the industry better understands efficiency is not the sole pathway to a sustainable future, decoupling economic activity from carbon is vital. A growing number of industry actors recognise a hybrid ‘propulsion’ approach is key and that shipping is unique in that it can use direct wind propulsion to help deliver on zero-emissions,” he said in a comment.

“At a more fundamental level, gone is the argument that ‘we can’t simply change the economy overnight’, as we have done just that. Decarbonisation is an imperative, but also a choice, and we now have the technology toolbox to deliver on that.”

2020, especially the second half of the year, has seen a rise in interest in wind propulsion.

Construction of the vessel will start at Oshima Shipbuilding aiming to start operation in 2022.

The agreement heralds the first installation of Norsepower’s innovative Rotor Sails on a bulk carrier. The owner of the newbuild prefers to stay anonymous at this point in time, according to Norsepower.

The company said the deal demonstrates the adaptability of the technology to reduce fuel consumption, fuel costs and reduce emissions across a variety of vessel types.

The large vessel contract announcements and pending installations alone indicate this number will likely double yearly to 2023, the association believes.

Policymakers are also assigning a greater role to wind in the shipping industry’s decarbonization pathway towards zero-emission ships.

EU decarbonization pathway work is also increasingly integrating wind into their calculations and the ICS’s recent ‘Catalysing the Fourth Propulsion Revolution’ report takes a wider stance than just a ‘fuel’ one with wind-assist centrally featured, as the Japanese, French, and UK government maritime decarbonization reports do too.

All major classification societies are working with multiple wind propulsion projects and have developed comprehensive wind-assist technology guidelines which underscore that safety and operational robustness are at the heart of this new wave of wind propulsion technology.

Two major projects have also started delivering this year. The WInd Assisted Ship Propulsion (WiSP) project has completed the lions’ share of its work on transparent performance prediction methods and reviewing rules and regulations such as EEDI and will deliver full results next year.

The Wind Assisted Ship Propulsion (WASP) project, part-funded by the EU Interreg North Sea region has already delivered two of its five retrofit installations, with three more pending in Q1 2021 along with extensive work on policy and market analysis.

“2020 has been a year with its up and downs, but the wind has been blowing steadily throughout and wind propulsion technology is positioning itself to be one of the prevailing energy trends in the transition to the zero-emissions fleet of the future,” Allwright concluded. 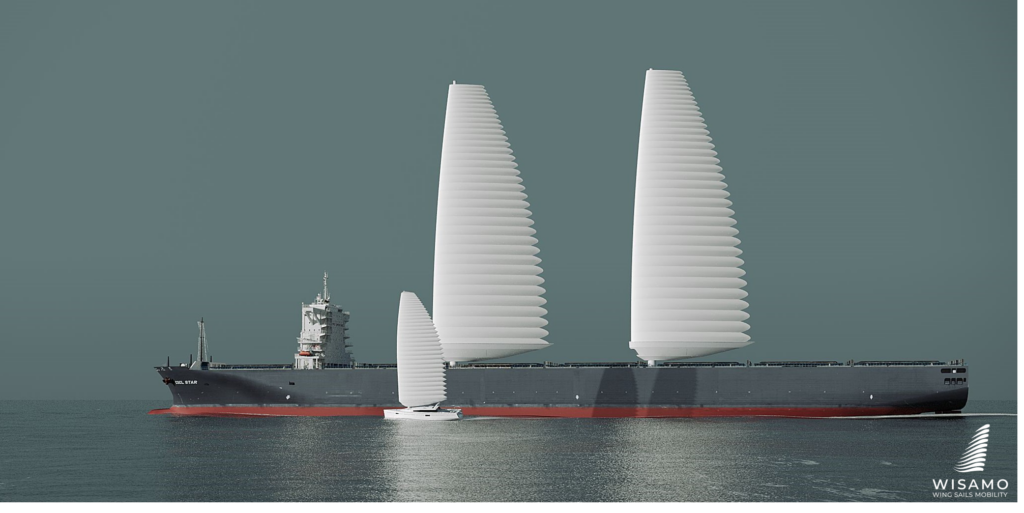